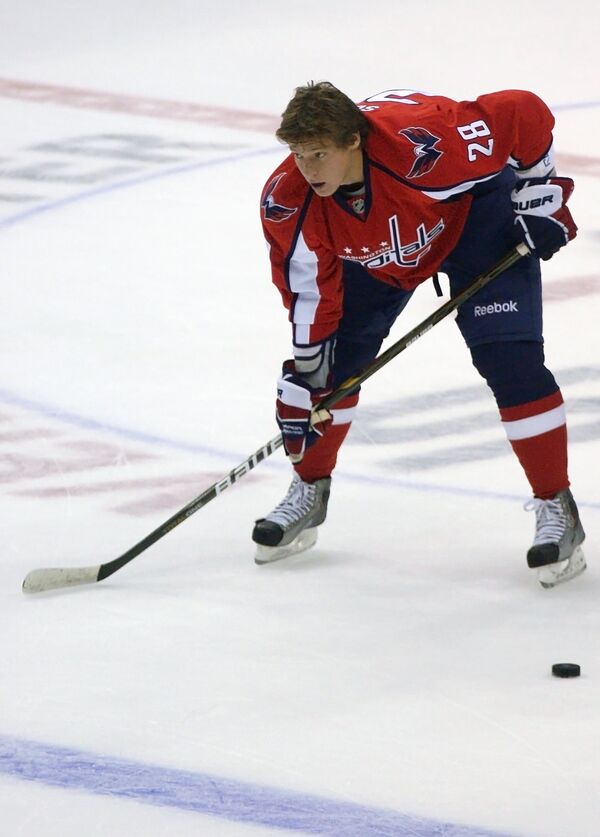 Semin agreed last week to play for his boyhood team, Sokol Krasnoyarsk, in Russia’s second-tier VHL league during the NHL lockout and has since scored three points in two games.

“We expect that Alexander Semin will join us in the next week,” Kondrashov said in a website statement.

He did not specify why he thought Semin, who is not collecting a salary in Krasnoyarsk, would leave Sokol for Torpedo.

Defenseman Anton Volchenkov of the New Jersey Devils is another target for Torpedo and the team is looking to sign a third NHL player, Kondrashov said.

“We expect Anton Volchenkov at Torpedo this weekend,” he said.

“We’ve got our eyes on one more player from the North American league,” he added.

Semin, 28, played seven seasons for the Washington Capitals between 2003 and last season, scoring 408 points in 469 games, before switching to Carolina in the summer.

Since 2002, Volchenkov has played 557 NHL games for the Ottawa Senators and the Devils, scoring 113 points.