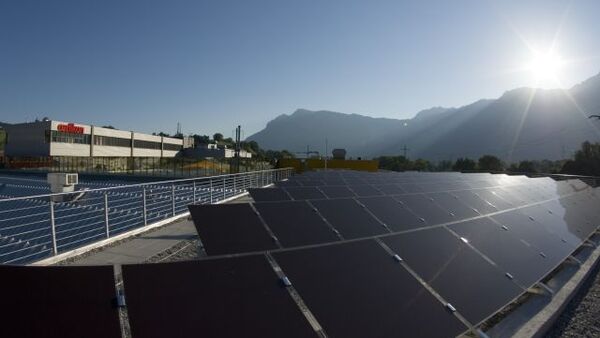 © Oerlikon Solar Ltd
Subscribe
A growing number of states across America are putting politics aside in the name of energy efficiency. That’s according to a scorecard released Wednesday by the nonprofit American Council for an Energy-Efficient Economy that grades each state on its energy efficiency.

A growing number of states across America are putting politics aside in the name of energy efficiency. That’s according to a scorecard released Wednesday by the nonprofit American Council for an Energy-Efficient Economy that grades each state on its energy efficiency.

"These findings show that energy efficiency is being embraced by Republicans and Democrats alike at the state level,” said Steven Nadel, executive director of the ACEEE.

Now in its sixth year, the scorecard ranks states based on its energy efficient policies and practices, for example revising outdated building codes or promoting the use of hybrid vehicles by installing plug-in stations in neighborhoods.

Massachusetts topped the list for the second year in a row, having first bumped California out of the top spot last year. According to the report, the key to the Massachusetts victory is its Green Communities Act of 2008, which encourages larger investments in energy efficiency programs by requiring utilities to save a growing percentage of energy every year through efficiency measures.

“Our Green Communities Act is cutting our dependence on imported energy sources, creating jobs and leading the way to a more sustainable energy future for Massachusetts," said Governor Deval Patrick.

According to the ACEEE, energy efficiency-related businesses, technologies, products and employment opportunities have skyrocketed over the last several years.

Rounding out the top 5 states are California, New York, Oregon, and Vermont. According to the report, the three most improved states are Oklahoma, Montana, and South Carolina. All three states boosted its budgets for electric efficiency programs last year.

The bottom three states on the list are West Virginia, North Dakota and Mississippi, which have strong investments in coal mining or oil drilling, and due to the abundance of fossil fuel resources, experts say energy efficiency has not been a priority in these states until recent years.