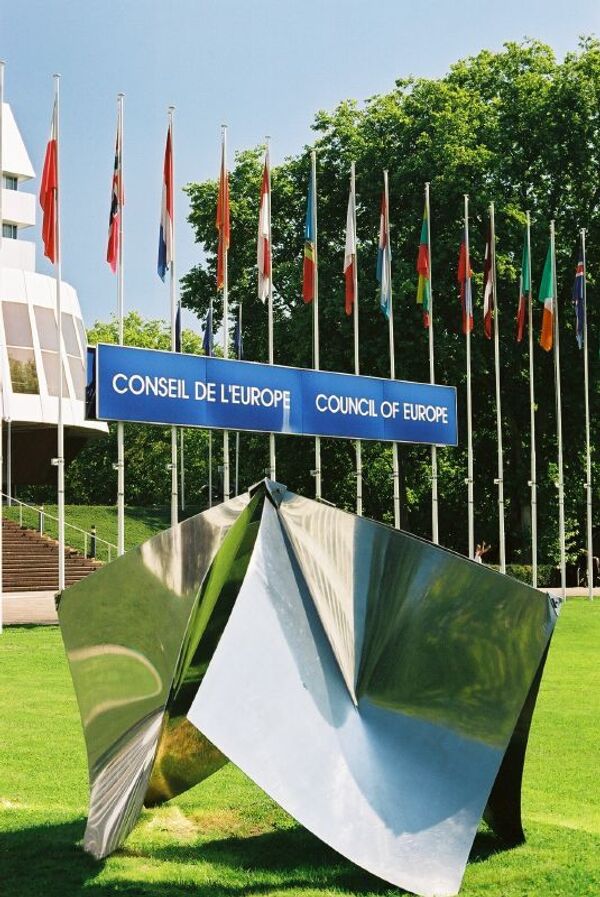 © Flickr / Eugene Regis
Subscribe
Despite its harsh rebuke of Russia on Tuesday, the Parliamentary Assembly of the Council of Europe (PACE) stopped short of imposing stricter monitoring on Russia in a move analysts said Wednesday will not be a game-changer for EU-Russian relations.

Despite its harsh rebuke of Russia on Tuesday, the Parliamentary Assembly of the Council of Europe (PACE) stopped short of imposing stricter monitoring on Russia in a move analysts said Wednesday will not be a game-changer for EU-Russian relations.

“The resolution adopted at the session is tough, but it avoids the confrontation that the Russian side was afraid of,” said Nikolay Petrov, an expert at the Carnegie Moscow Center.

The resolution – the Council of Europe’s largest on Russia in seven years – blasted Russia for its democratic shortcomings and bullying abroad, demanding the release of the imprisoned members of punk group Pussy Riot and an end to Russia’s presence in the breakaway states of Abkhazia, South Ossetia and Transdniestria. It also called on the Kremlin to make good on its promises of political reform.

“Deficiencies in and restrictive implementation of other laws, crucial for the functioning of democratic institutions and the political environment…have led to a deterioration of the conditions for genuine political pluralism,” the resolution said.

But while the assembly passed the resolution, it voted down Tuesday the recommendation to transfer monitoring responsibilities to the Committee of Ministers, PACE’s decision-making body.

That proposition, widely seen as taking a tougher stance against Russia, was a key bone of contention for the Russians. It was slammed ahead of the session by Russian delegation chief and senior State Duma lawmaker Alexander Pushkov as “discrimination” and a “double standard” against Moscow.

Fears even ran high before PACE presented its strongly-worded draft resolution on Russia of a potential Russian exit from the European body, which investigates and advises member states on policy.

But the council voted 121 to 74 on the recommendation, falling short of the necessary two-thirds to adopt it.

After the vote, Leonid Slutsky, deputy head of the Russian delegation, noted the move was a “convincing victory” – one that reportedly prompted cheers and an exchange of handshakes from the Russian side.

Experts said that by failing to impose stricter monitoring on Moscow, the assembly pulled a punch which may have resulted in a tougher Russian reaction.

“What made the Russian delegation really furious was this attempt to degrade Russia’s status – to put it on the list of ‘suspicious’ countries,” said Fyodor Lukyanov, editor-in-chief of Russia in Global Affairs, noting the move would have “harm[ed] its prestige.”

He added Russia’s massive contribution to the Council of Europe, which hovers around 25 percent of its approximate $20 million budget, was enough to “calm passions” on the European side.

And while the council approved the sternly-worded resolution, it also cautiously praised Moscow’s establishment of a separate Investigative Committee and its easing, however half-hearted, of the party registration process.

But where the resolution did strongly chide Russia, even Swiss council member and co-author Andreas Gross acknowledged the stern wording “does not change anything,” and that it is only “a sort of diagnosis and the doctor’s recommendations.”

“It is in Russia’s interest to take these recommendations into account,” he told Kommersant after the vote.

“We don’t believe our task is to expel a country from the Council of Europe. Our approach is to help, to assist member states to meet their obligations,” he told RIA Novosti on Tuesday.

Other experts said the resolution was a largely symbolic gesture from a Europe unwilling – and unable – to punish Russia.

According to Jana Kobzova, an expert at the European Council on Foreign Relations, Russia is unlikely to abide by the resolution because the Council of Europe lacks the mechanisms to enforce it.

“It’s one thing to criticize Russia, but it’s another thing to actually come up with concrete steps to be taken,” she said Wednesday, adding that Moscow’s allies in the vote – such as Azerbaijan, Armenia and Ukraine – were unwilling to take a tougher stance, such as recommending stricter monitoring.

Lukyanov agreed, noting that the resolution has no teeth and was widely expected in Moscow.

“The reaction in Europe on what the Russian State Duma adopts is just that – it’s impossible to change,” he said.