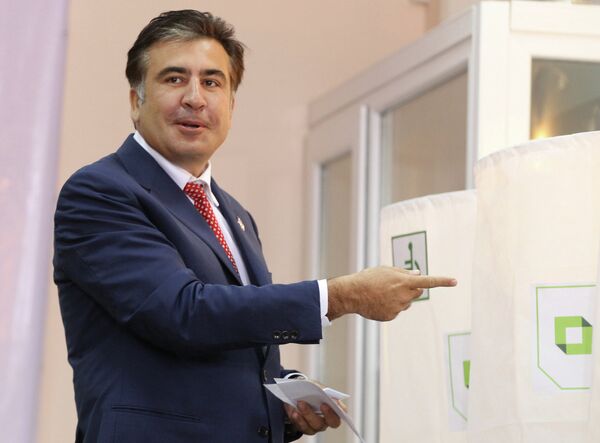 "As the leader of the United National Movement, I declare our party will go into opposition," he said in a special address, acknowledging the victory of the opposition Georgian Dream in the October 1 polls.

"For me there were fundamental unacceptable views held by the Georgian Dream coalition," he said. "There are big differences between us. And we consider its views are completely false. But democracy works that way, so the majority of the Georgian people have decided this, and we respect their choice," he added.