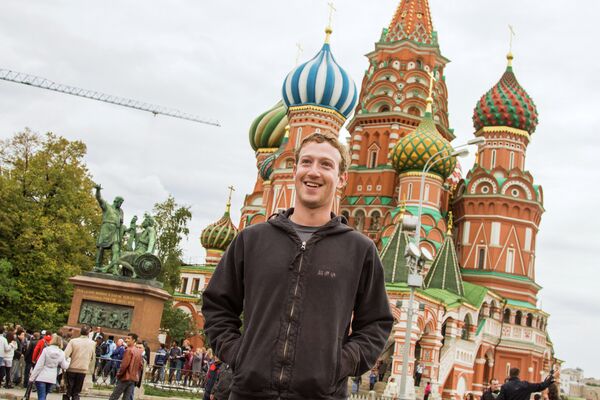 The meeting presented Medvedev with the opportunity to burnish his credentials as a forward-thinking – and relevant – modernizer after his departure from the Russian presidency, which many critics have claimed was an unceremonious exit into irrelevance.

“As you probably know, we in Russia have not only gas, not only oil, not only gold, not only diamonds – but also an IT industry,” Medvedev told Zuckerberg, 28, adding that he was among Russia’s estimated 10 million Facebook users.

An active user of Facebook and Twitter, Medvedev has long pitched himself as a connected and tech-savvy politician.

Zuckerberg, worth an estimated $12 billion, arrived in Moscow to connect with Russian start-up developers to beef up Facebook’s global presence and recruit Russian talent for the company.

The two men also discussed the social network’s potential collaboration with the Skolkovo innovation complex – dubbed Russia’s “Silicon Valley” – which Medvedev has personally overseen as a pet project in recent years in an effort to diversify Russia’s natural resource-dependent economy.

“I will discuss with the representatives of these companies and will try to inspire them to create new products, new applications, which I am quite sure will appeal to Russian users,” Zuckerberg said, according to the transcript of the meeting.

Russia is among the world’s few countries in which Facebook is not the top social network. Vkontake, closely modeled after Facebook, is Russia’s largest, with an estimated 33 million users.

Some have speculated that Zuckerberg traveled to Moscow to coax Russian top developers into joining the Facebook.

“Recently, a number of Russian programmers…have been invited for an interview at Facebook with Zuckerberg,” IBS Group founder Anatoly Karachinsky told Komsomolskaya Pravda. “Those who went said they were offered a job and immediate immigration to America.”

Karachinsky added that Microsoft made a similar move in Russia in 1998, during that summer’s crippling financial crisis.

Zuckerberg’s visit coincided with the October 1 Moscow session of Facebook World Hack, an international contest for software developers that tests their coding skills. The prize is a trip to the Facebook headquarters in California’s Silicon Valley to meet the social network’s developers.

Also on the agenda for the meeting between Medvedev and Zuckerberg was the issue of copyright protection in Russia, a question for which, according to Medvedev, “there is not yet a solution.”

"In my view, it is important that we find a balance between, on the one hand, traditional copyright protection, and, on the other hand, new forms, unique to the Internet, which allow for the fairly free use of the objects under copyright,” Medvedev said.

After their meeting, Zuckerberg reportedly presented Medvedev with a T-shirt featuring the URL address of the prime minister’s Facebook page.