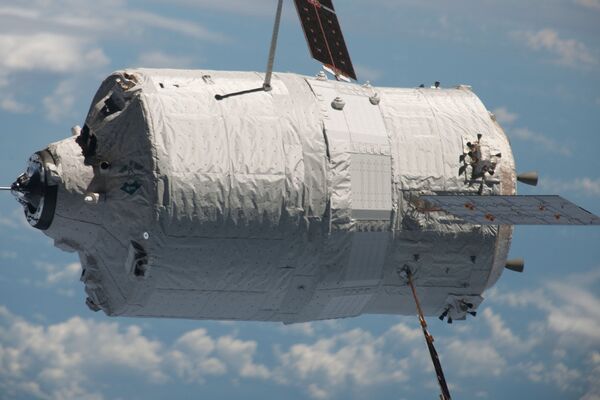 European Space Agency’s ATV-3 cargo spacecraft has undocked from the International Space Station (ISS) after a previously unsuccessful attempt earlier in the week, the Mission Control said on Saturday.

“The cargo spacecraft undocked from the Russian Zvezda module at 1:46 Moscow time on Saturday [21:46 GMT Friday]. Edoardo Amaldi is expected to leave the orbit on October 3 and be sunk in the [Pacific] ocean,” a spokesman for the Mission Control said.

The ATV Edoardo Amaldi remained docked to the Zvezda service module on the Russian segment of the orbital station, after an initial attempt to undock on Tuesday was called off due to a command error in the communications link between the ISS and the space freighter.

It was the first postponement of undocking of European and Japanese cargo spacecrafts from the ISS. All previous cases of undocking were carried out in line with the scheduled time.

The third Automated Transfer Vehicle (ATV), named after Italian physicist Edoardo Amaldi, blasted off from the Kourou space center in French Guiana on March 23. The European spacecraft docked automatically to the aft port of the Zvezda service module on March 28.