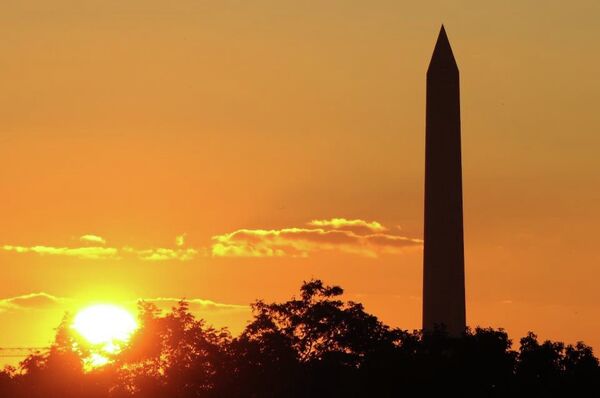 The U.S. National Park Service moved closer to beginning repairs on the earthquake damaged Washington Monument, but it could take another two months to start the work.

The U.S. National Park Service moved closer to beginning repairs on the earthquake damaged Washington Monument, but it could take another two months to start the work.

A Massachusetts contractor, Perini Management Services was awarded the $9.6 million contract on Wednesday to do the extensive repairs to the monument’s stonework, seal cracks, repair mortar joint damage, and build a huge scaffolding around the 555-foot-tall obelisk that was built to honor the first U.S. president, George Washington.

“We are again one step closer to getting this important landmark reopened to our visitors,” said Robert Vogel, superintendent of the National Mall and Memorial Parks.

The monument has been closed since a magnitude 5.8 earthquake struck the eastern coast of the United States on August 23, 2011 causing significant damage to the monument when it shook violently during the quake.

The project is expected to take between 12 and 18 months to complete and will likely remain closed to visitors until 2014.

The total cost of the repair project is $15 million. Half is being paid by funds allocated by the U.S. Congress and half from a donation by philanthropist and Washington businessman David Rubenstein.

“Re-opening the monument as soon as possible will help ensure that many people get to learn about American history and the unique role that George Washington played in the birth and life of our great nation,” said Rubenstein.

The scaffolding alone could take as long as five months to complete since it will likely be installed near the monument’s hard to reach top Pyramidion, which sustained heavy damage during the earthquake.

Gaining access to the upper portion of the monument could prove to be the toughest part of the project, said park service project manager Michael Morelli.

“The actual repairs to the monument are actually the easiest portion of the work,” he said.

The monument was completed in 1884 and was the world’s tallest structure until 1889, when the Eiffel Tower was built.