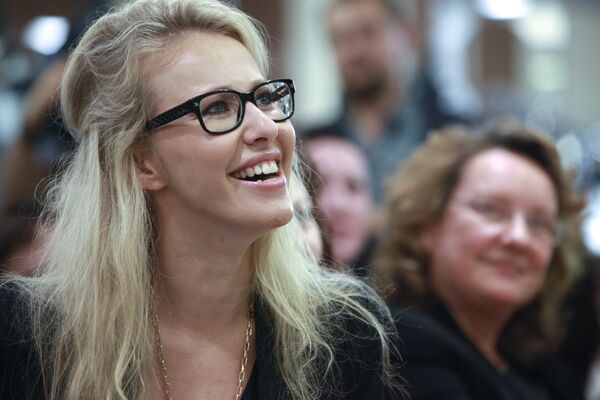 Russia's Investigative Committee on Thursday cleared socialite-turned-opposition activist Ksenia Sobchak of tax evasion charges and returned the money they had confiscated during the probe.

Russia's Investigative Committee on Thursday cleared socialite-turned-opposition activist Ksenia Sobchak of tax evasion charges and returned the money they had confiscated during the probe.

Cash amounting to approximately $2 million in dollars, euro and rubles, was found in June at Sobchak’s Moscow home during a police raid. The raid came as part of a crackdown on activists following violent protests in May.

Investigators seized the money, suggesting it might be undeclared income intended to finance public disorder.

Sobchak denied the allegations and demanded the money be returned to her, a request rejected by a succession of Moscow courts.

The agency also rejected claims that the investigators stalled on returning the money in order to profit from interest, explaining that it had been kept in specially designated bank accounts.

Sobchak, a TV-star and family friend of President Vladimir Putin, surprised her public when she became a vocal opposition supporter after last December’s parliamentary elections.

She braved a storm of catcalls when she addressed several recent protest rallies in Moscow, and has tended to promote a moderate line, advocating dialog with the Kremlin.