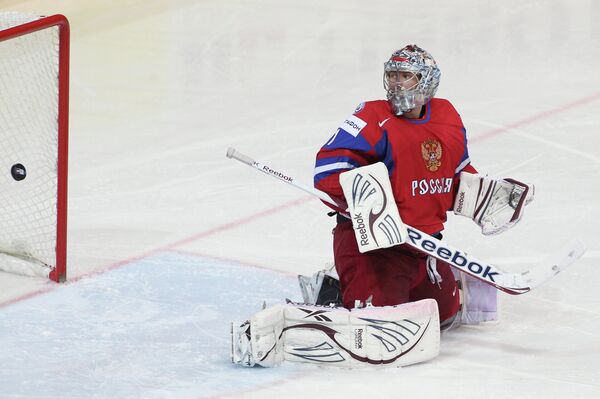 Varlamov, 24, was at Lokomotiv from the age of 11 and played for two years for the main team before moving to North America in 2008.

“I’m very glad to be back with the team that brought me up, showed me the road to the NHL, opened the doors for me,” he said.

He spent last season in Colorado after three years with the Washington Capitals, making a total of 131 NHL appearances.

Varlamov also won the world championships with the Russian national team in May.

Lokomotiv spent the past year assembling a team for its return to the KHL after the entire roster was killed in a plane crash that left 44 people dead on the opening day of last season.