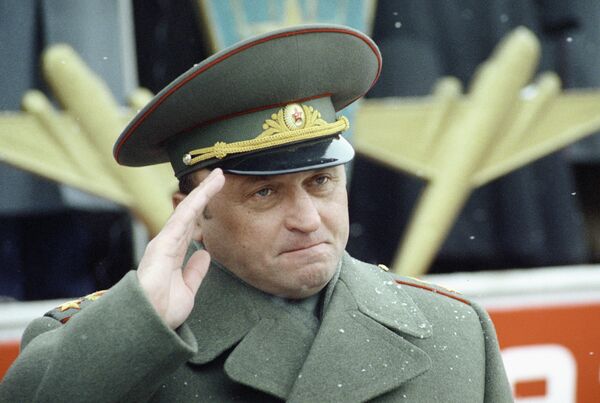 "Pavel Sergeyevich Grachev died today at 2.40 p.m." the clinic said, but did not give a cause of death.

Grachev was admitted to the clinic on September 12 and was reported to be in a serious condition.

A career Airborne Forces soldier since 1965, Grachev oversaw the withdrawal of Soviet Forces from Germany after 1992.

Grachev held the post of Defense Minister under President Yeltsin from 1992-1996. He will always be remembered as one of the architects of the first Russian campaign in Chechnya against its breakaway ruler Dzhokar Dudayev.

Dismissive of the Chechens, Grachev said Russian control of Grozny could be restored "in a couple of hours with a single airborne regiment," a comment which came back to haunt him as the army's attempts to retake the city floundered and casualties mounted.

He was fired from his post by President Yeltsin after Yeltsin's reelection in 1996, and then briefly worked in the state arms exporter, Rusvooruzheniye.

From 2008 he served on the advisory board of a radio factory in Omsk.