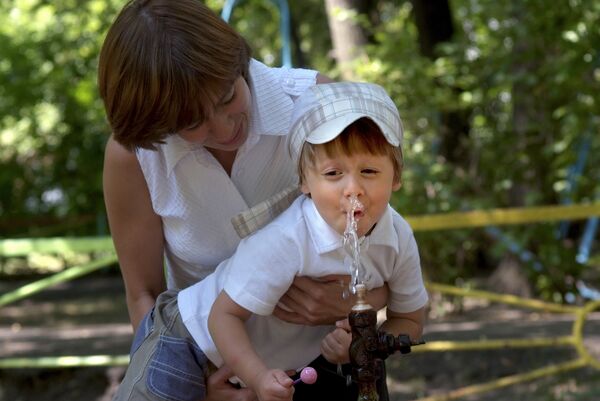 What does it take to be a great mom? Of course there’s love, devotion, nurturing, and maybe the right gene.

What does it take to be a great mom? Of course there’s love, devotion, nurturing, and maybe the right gene.

In a study released this week in the Proceedings of the National Academy of Sciences, researchers at the Rockefeller University in New York say they’ve found a single gene that could be responsible for motivating mothers to protect, feed and raise their young.

“The novelty of this study is that it shows that silencing this gene in one specific area of the brain abolishes many aspects of maternal behavior,” said Ana Ribeiro, who led the study, in an interview Tuesday.

According to the report, as early as the 1970’s, scientists discovered the preoptic area of the brain is involved in certain behaviors in mice including aggression, sexual receptivity and maternal care.

In this study, researchers took it one step further, suppressing the gene by lowering the ER alpha levels found in the preoptic area to observe how female mice would behave with the lower levels.

They noticed mice with lower ER alpha levels spent less time licking, nurturing and caring for their young, but their levels of aggression didn’t change.

"Our studies certainly show that the type of receptor, or the total lack thereof, alters the ability to be a ‘good’ mother,” Ribeiro said.

The findings could help uncover genetic links to good parenting in humans as well.

“Mice and women express different versions of these receptors, and it is hypothesized that different versions are associated with different maternal capacities,” Ribeiro explained. “There is also evidence from mice, that there are modifications that occur in young pups that determine what type of mother a female pup will become.”