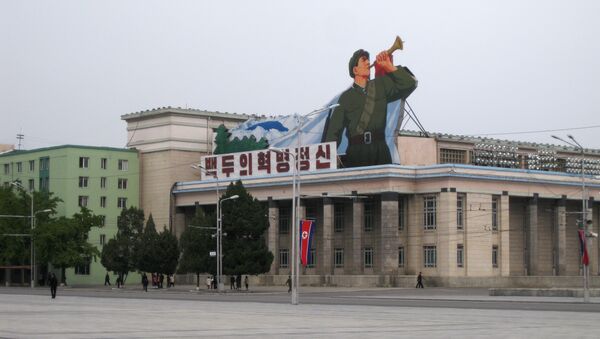 "It was signed yesterday," Storchak said.

Russia and North Korea have been negotiating over the issue of Pyongyang's debt to Russia, left over from the Soviet era, for the last four years without result. Russia did not rule out writing off part of the debt and either rescheduling the remainder or offsetting it against investment.

Storchak previously said it was understood a debt settlement would involve a conversion of the ruble debt into dollars, giving an initial discount of around 90 percent of the debt.

The remaining debt of over $1 billion would be used in a "debt for aid exchange" plan to assist with joint education, health and energy projects in North Korea.