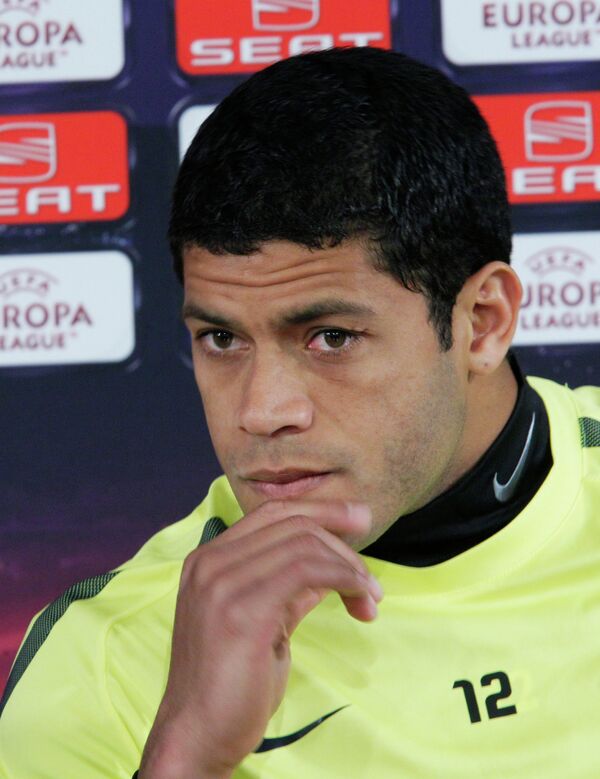 Russian league leaders Zenit St. Petersburg suffered a shock 2-0 defeat to a determined Terek Grozny side Friday that sends the Chechen side top of the Russian Premier League.

Russian league leaders Zenit St. Petersburg suffered a shock 2-0 defeat to a determined Terek Grozny side Friday that sends the Chechen side top of the Russian Premier League.

The match saw Zenit’s new signings Hulk and Axel Witsel, bought for €40 million each, make their debuts, but they had little impact on the match.

It was another debut striker who decided the game, Terek’s Ailton beating three Zenit players to score on 85 minutes in his first competitive game since joining from APOEL Nicosia.

Ailton picked up the ball on the left flank and cut inside past Igor Denisov, before fighting off Bruno Alves and Nicolas Lombaerts to score with a low shot.

Deep into stoppage time, Terek took advantage of Zenit's aggressive tactics to make it two, Igor Lebedenko picking up the ball and beating Alves before setting up Jonathan Legear and then scoring from the rebound of his Belgian teammate's blocked shot.

With 15 minutes remaining, superb saves from both goalkeepers ensured the score remained goalless before Ailton scored the winner.

First Oleg Ivanov rose above the throng to meet a corner, but was stopped by a top-notch reaction save from Vyacheslav Malafeev.

Zenit surged up the field on a counter-attack that ended with Alexander Kerzhakov forcing an acrobatic save from Yaroslav Godzyur, who dived to palm the Russia striker’s venomous shot wide.

Godzyur had previously pulled off a diving one-handed save to deny Denisov early in the game.

In the first half, two controversial offside decision kept the score level, the referee first ruling against Terek’s Ezekiel N’Douassell then disallowing a strike from Kerzhakov.