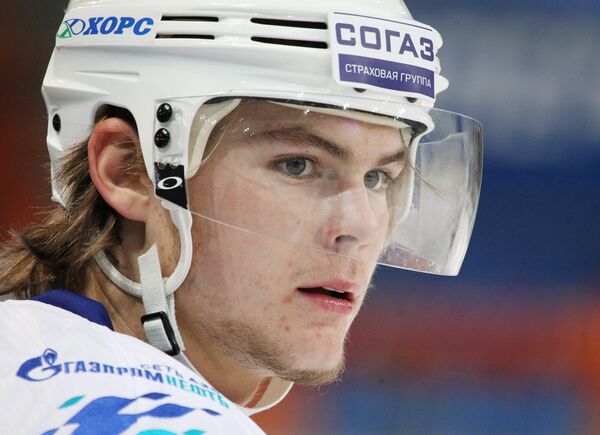 Tikhonov, 24, had been expected to sign a deal with a team outside Russia after playing for SKA last season, but he returned to Saint Petersburg without doing so, Kasatonov said.

“The contract is signed, its duration is one year until the end of the season,” he said.

“He didn’t have a contract with an NHL [team].”

Kasatonov was coy when asked whether NHL players Ilya Kovalchuk and Vladimir Tarasenko would join SKA in the event of a lockout, as has been reported.

“It is a question of time, a question of negotiations. We cannot say anything about these players because there is no lockout in the NHL yet and we have no right to talk about players that are under contract with NHL teams," he said.

Tikhonov joined Phoenix from Russian side Severstal Cherepovets in 2008, recording eight goals and eight assists in 61 games in the 2008-2009 season.

He later played for his old team Severstal and the AHL’s San Antonio Rampage before signing for SKA in 2011, where he racked up 30 points in 42 KHL games last season.

SKA is currently third in the KHL Western Conference with nine points after four games.