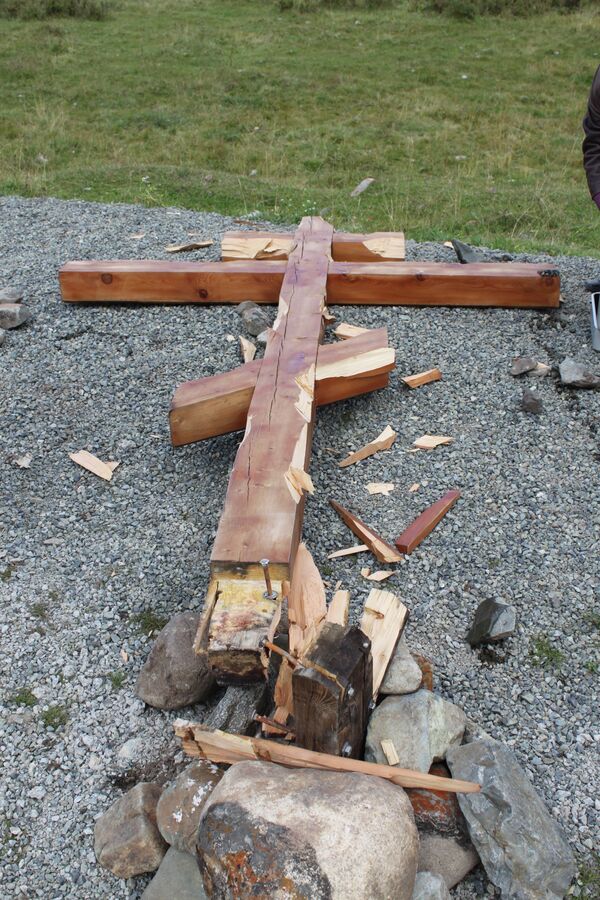 Officials in Pervomaiskoye told a local news portal that they would replace the crosses at the entrance to the village in the near future.

“The village’s residents were outraged that someone dared to destroy a symbol of the Orthodox faith,” the head of the village administration said.

Five other crosses were vandalized across Russia in late August and early September, after topless activists from the Ukrainian feminist group Femen chopped down a wooden crucifix in the center of Kiev to voice their support for members of the all-female Russian punk band Pussy Riot.

Three members of the group were jailed for two years after a protest performance at Moscow’s largest cathedral over Orthodox Church support for Putin’s return to the Kremlin for a third term.