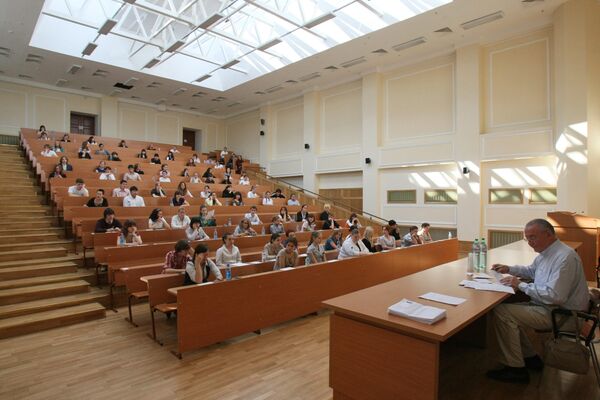 © RIA Novosti . Vladimir Fedorenko
/
Go to the mediabank
Subscribe
International
India
Africa
A new report analyzing education systems put Russia at the top of the list of the world’s most educated countries.

A new report analyzing education systems put Russia at the top of the list of the world’s most educated countries.

According to the Education at a Glance 2012 report drafted by the Organization for Economic Cooperation and Development (OECD), 54 per cent of Russians aged 25-64 hold academic degrees.

Although Russians are more likely to have a degree, Russia's top university, Moscow State University, was ranked just 116th in the world in a recent study, down from 112th place last year.

The report analyzed the education systems of the 34 OECD member countries, and those of Russia, Argentina, Brazil, China, India, Indonesia, Saudi Arabia and South Africa.

Russia is not currently a member of the OECD but is in talks to join. Deputy Prime Minister Igor Shuvalov said last week that the government has drafted a special program on Russia’s accession to organization, which will most likely happen in 2014.