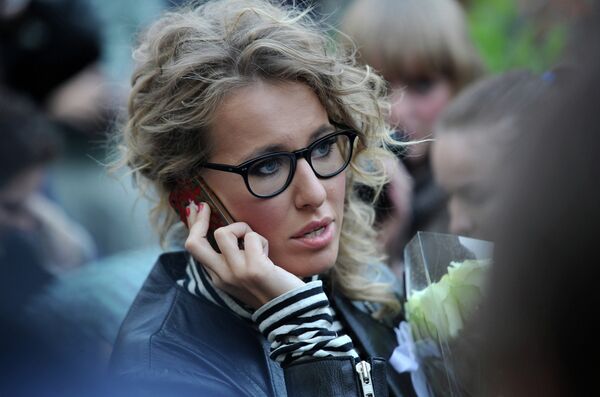 A Moscow court ruled legal on Monday a refusal by investigators to return over $1.7 mln seized from an apartment belonging to socialite-turned- opposition activist Ksenia Sobchak.

“There is no basis for the withholding of the money,” Sobchak’s lawyer told the Rapsi legal news agency. “It’s extremely awkward that we have to apply to a higher court over such a simple matter.”

Investigators seized the money, which was in a mixture of dollars, euros and rubles, during a June 11 raid on television presenter Sobcak’s Moscow apartment. The raid came as part of a probe into clashes between police and protesters at a demonstration in the Russian capital on the eve of Vladimir Putin’s May 7 inauguration for a third presidential term.

Lawyer Henri Reznik also said that the money should be returned to Sobchak, 31, as it was not connected to the investigation into the riots that marred Putin’s return to the Kremlin.

Investigators have said they will not return the money as they suspect it could be used to fund violent protests.

The wealthy daughter of Anatoly Sobchak, the late mayor of St. Petersburg and the man who gave Putin his first break in politics when he employed him at City Hall in the late 1990s, Sobchak transformed into an outspoken dissident amid mass protests against last December’s disputed parliamentary polls.