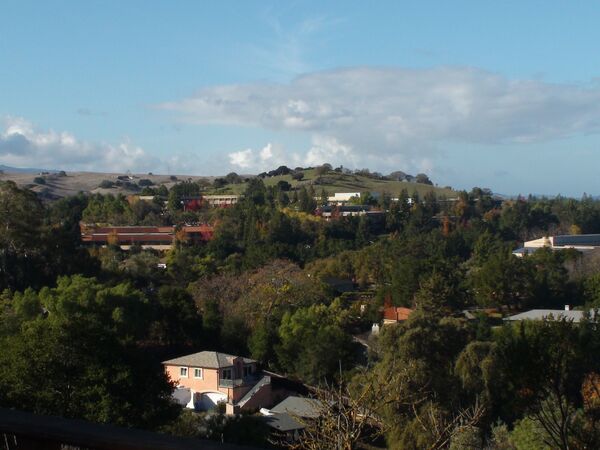 In America, if you want to work in finance you move to New York City. If you want to be a movie star, it’s Hollywood. Ten years ago, the same was true for California’s Silicon Valley and launching a tech startup. These days, it’s a different game, and a new generation of CEOs is making its own rules.

In America, if you want to work in finance you move to New York City. If you want to be a movie star, it’s Hollywood. Ten years ago, the same was true for California’s Silicon Valley and launching a tech startup. These days, it’s a different game, and a new generation of CEO’s is making its own rules.

"If I went to California with no experience, a PowerPoint presentation and an MBA, people would have looked at me like an idiot," said Justin McLeod, CEO of Hinge, a Facebook matchmaking app that recommends compatibility between your circle of friends and your friends' group of friends.

Rather than heading to the Silicon Valley to fight the already crowded pool of tech companies vying for attention from potential investors, in May 2011, McLeod graduated from Harvard Business School and decided to head home to Washington, DC.

"My connections are in DC, I'm from DC so I thought it would be a good place to launch my project,” McLeod said during an interview. "I found it really easy to network in the tech community. It's small, and that's a good thing because it was easy to get attention around town.”

But being small can have its drawbacks. Just ask Camilo Acosta, co-founder of PayByGroup, a group payment platform designed to simplify the financial aspect of planning group trips with multiple parties paying, leaving no one individual stuck with the bill.

While Acosta launched his company in Washington, DC, soon after he relocated to the west coast.

"Silicon Valley is rich in talent and money," Acosta says. And since the DC tech scene is still developing, resources, he says, were lacking.

Dubbed “Silicon Hill” by some, the DC tech scene has seen an immense amount of growth over the past five years.

One of the biggest success stories is LivingSocial, an e-commerce company offering daily deals and other discounts. It set up shop in Washington, DC in 2007 with four employees. Now, the company has more than 60 million members in 25 countries and employs nearly 5,000 people.

On the global tech stage, however, DC still has some growing to do, at least according to one list released earlier this year by a group of entrepreneurs who founded a project called the Startup Genome.

Designed as a resource to assist entrepreneurs building their brands, the project compiles background and operational information on tens of thousands of startups from across the globe.

They used this data to rank cities that have the best ecosystem for startups based on factors including job creation, the availability of capital and revenue streams.

Washington, DC ranked 24th in the world. Topping the list was Silicon Valley followed by New York City, London, Toronto and Tel Aviv. Moscow, whose tech scene has grown dramatically over the past decade placed tenth on the list.

Skripnichenko is a spokesman for Global Venture Alliance, a startup accelerator that provides Russian entrepreneurs with work space as well as connections to Silicon Valley investors.

"If you look back five years, it was a quiet market, and young innovative companies were looking for investors, ideas, and expertise abroad," said Skripnichenko.

Now, with initiatives like Plug and Play Moscow, a startup boot camp launched by GVA this summer, young Russian entrepreneurs can get help turning their ideas into business ventures without ever leaving the country.

Plug and Play Moscow came to fruition through an agreement with the Russian government, who Skripnichenko says made a large investment in the growing tech scene.

Similar to the U.S., Skripnichenko says the Russian government is working on revamping tax codes and providing incentives to promote the entrepreneurial spirit.

But back in Washington, DC some government incentives haven't proven useful, at least not for Hinge founder Justin McLeod and his team.

"I know they're doing stuff, but I haven't found any of them very useful...they are trying to help, but they just don't get it," explained McLeod.

For example, McLeod says a $3,000 incentive for hiring someone who is currently unemployed or who has been recently laid off doesn't really help when you are searching for top talent in a highly specialized area.

But tax breaks can attract businesses and stimulate local economies.

The Virginia Technology Council, for example, has a capital gains tax exemption, which allows both entrepreneurs and their investors to be exempt from paying state tax on long term capital gains if they invest during the early stages of a tech, biotech or energy startup.

The Washington, DC city government made headlines earlier this summer when it approved more than $30 million dollars in tax breaks for LivingSocial. City council members said the move was necessary to keep the company from moving its headquarters to the neighboring Northern Virginia suburbs.

But even tax breaks might not be enough to prevent companies from moving out of DC. McLeod says his staff is already toying with the idea of a move.

"For us it's not completely out of the question. We're considering moving to New York or San Francisco. It was nice to start here, but to grow, we'll likely have to move," he said.

Larger cities come with their own set of challenges, something PayByGroup's founders experienced first hand.

"We didn't know anyone in the Valley so at first it was really tough," Acosta said.

It was with the help of the startup accelerator 500 Startups, that Acosta was able to get his company off the ground.

"They have such a strong network, we were able to quickly meet a ton of relevant and important people. We could not have done it without them," he said. "They opened countless doors for us."

While start-ups face some of the same challenges across the globe, startup accelerators like Plug and Play in Moscow and 500 Startups in Silicon Valley are working to equip the next generation of entrepreneurs with the skills and connection necessary to succeed.