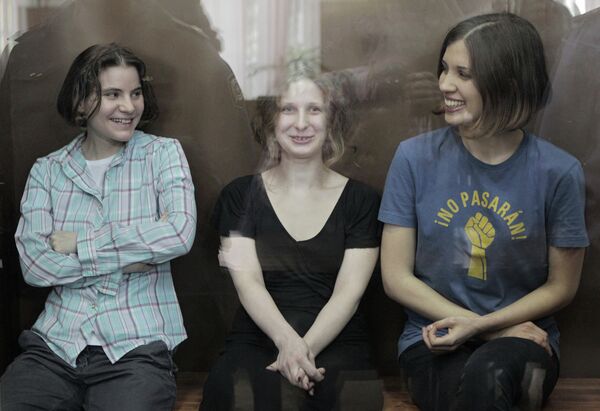 “Playing with nationalities, playing with religion in this country is the same as smoking at a filling station,” Peskov told the Dozhd TV channel on Thursday.

An edited clip of Pussy Riot’s protest posted online showed the group alternately high-kicking and crossing themselves near the entrance to the altar of the Christ the Savior Cathedral, accompanying the “Holy S**t” song urging the Virgin Mary to “drive Putin out.” The song contained words insulting to Patriarch Kirill of Moscow and All Russia and to believers.

“I most probably belong to the part of society that is genuinely indignant and believes such deeds should be punished very harshly,” Peskov said.