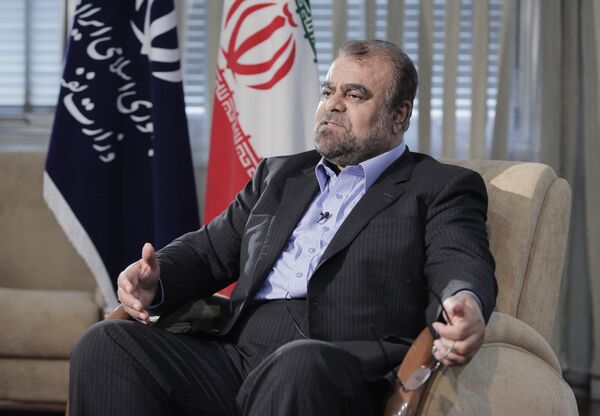 Tehran is conducting negotiations with Russian companies about cooperation in the oil and gas sector, Petroleum Minister Rostam Qasemi said.

Tehran is conducting negotiations with Russian companies about cooperation in the oil and gas sector, Petroleum Minister Rostam Qasemi said.

There are no immediate plans for joint projects in the country, however, he added.

“We would be happy if Russia…expresses readiness for cooperation in the oil and gas sector,” he told RIA Novosti's Mikhail Gusev, his first interview with a foreign news agency.

“We hope to achieve a positive result.”

Russian companies have been wary of cooperation with Iran, fearing sanctions on Western markets.

Iranian oil exports have fallen by an estimated 40 percent since the EU introduced an oil embargo against Tehran in July.

“We [would] welcome cooperation with Russian companies if they are ready to invest in Iran’s oil and gas sector and develop oil and gas deposits,” he said. “However, at present we do not have any joint projects.”

According to Iran’s Petroleum Ministry, the Islamic Republic currently produces 4 million barrels of crude per day, half of which is exported.

The United States, Israel and a number of Western European countries suspect Iran of running a nuclear weapons program under the guise of a civil nuclear project. Iran denies this and maintains its nuclear ambitions are purely peaceful. Iran is the subject of a raft of sanctions by the U.S. and the European Union.