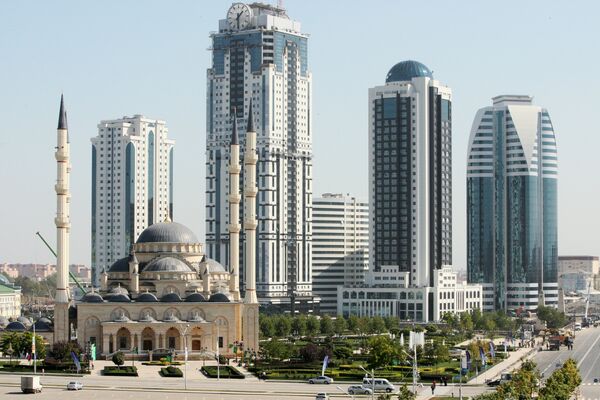 © RIA Novosti . Said Tsarnaev
/
Go to the photo bank
Subscribe
The Chechen capital of Grozny is the happiest city in Russia, a new study has found.

The Chechen capital of Grozny is the happiest city in Russia, a new study has found.

Conducted by the NewsEffector monitoring agency in partnership with the Regions of Russia research fund, the study also puts Tyumen, Kazan, Surgut, Krasnodar and Sochi at the top of the list according to their "happiness index.”

"That Chechnya is in first place in a happiness index among other Russian cities is rather unexpected," said NewsEffector Director Sergei Moroz in a press release posted on the agency's Web site. "This is due mainly to the fact that in recent years, Grozny has tremendously changed for the better.”

Grozny was the site of two devastating wars between Russian federal forces and Chechen separatists throughout the 1990s and early 2000s. Though the city had been badly damaged, it was largely rebuilt under the leadership of republic head Ramzan Kadyrov, who rose to power in 2007. Critics, however, have accused Kadyrov of restoring order through repression and fear.

A low-intensity Islamic insurgency continues to operate in and around Chechnya, particularly in the neighboring North Caucasian republics of Ingushetia and Dagestan.

The survey asked 26,900 people from 100 Russian cities about their personal happiness, safety, and satisfaction with the development of their respective cities.