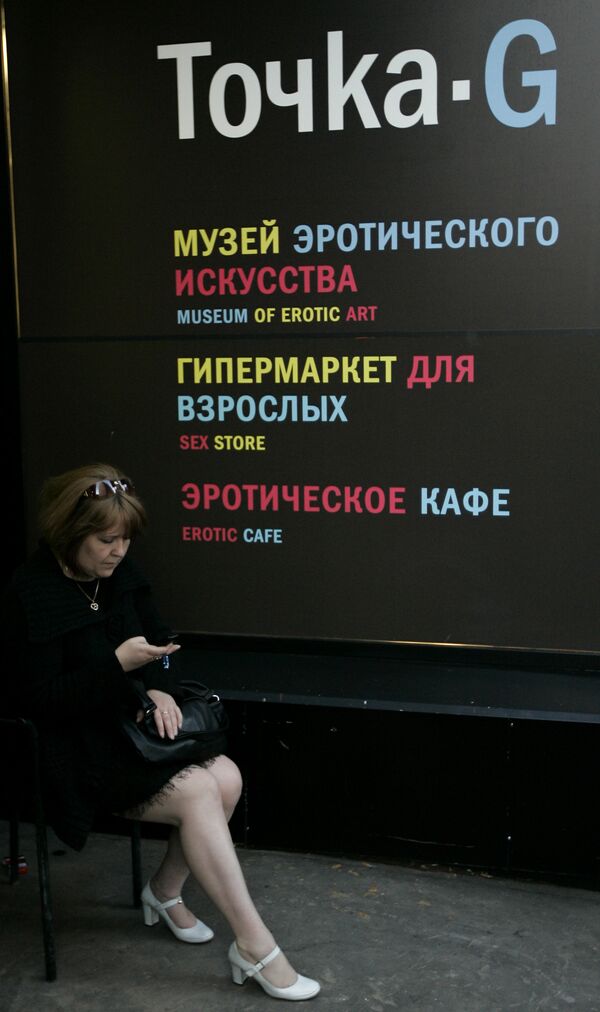 The activists, who appeared shortly after midnight, wielded a brick and threatened the manager, who fled fearing for her life, said Alexander Donskoi, a curator of the downtown museum also titled Tochka-G (“G-Spot”).

The group criticized the museum for advertising in the streets, allowing gays to attend and supporting the jailed art collective Pussy Riot, three members of which were jailed earlier this month over an anti-Kremlin “punk prayer” at an Orthodox Christian church, said Donskoi.

However, the stunt’s organizer, Dmitry Enteo, told RIA Novosti that the activists just came to preach at the “disgraceful place.”

“Little ones see their leaflets and ask their parents what a G-spot is,” Enteo said. “We couldn’t tolerate it.”

He said no threats were involved and the brick was a reference to the capstone for a better life mentioned in the Bible.

Some staffers left the museum during the sermon, but they were likely driven by shame, not fear, said Enteo, 23, who studies economy and theology at two different colleges in Moscow.

A short silent video from a surveillance camera, available online, showed the activists walking into the museum and studying the items on display. They have a brick with them and are accompanied by a man with a professional camera, but make no menacing gestures.

This is not the first such attack by Enteo and his supporters. Last week, he and his friend ripped a pro-Pussy Riot T-shirt off a man on Moscow’s Paveletsky train station. On Monday, he and several supporters stormed a play based on the Pussy Riot trial at Moscow’s Teatr.doc theater, lambasting the audience.

At Teatr.doc, the group was accompanied by the crew of NTV, a pro-government channel known for its scathing propaganda attacks on the Kremlin’s enemies, including opposition activists.

The channel made no public statement on the story as of Wednesday afternoon. No spokespeople of the Orthodox Christian Church were available for comment.