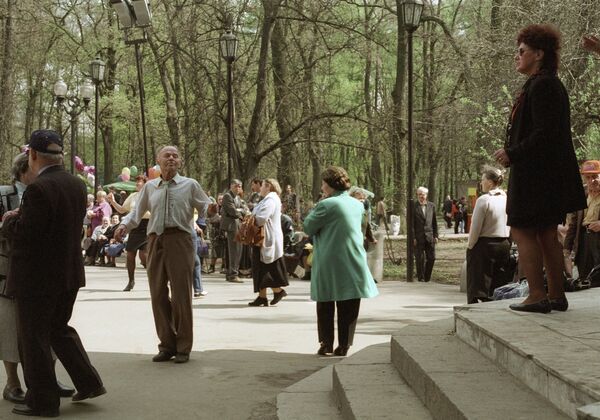 © RIA Novosti . Vladimir Viatkin
/
Go to the photo bank
Subscribe
Moscow authorities have named on Thursday two parks to serve as “Speakers’ Corners,” though an opposition leader said the venues are too isolated to attract protesters.

Moscow authorities have named on Thursday two parks to serve as “Speakers’ Corners,” though an opposition leader said the venues are too isolated to attract protesters.

Each park will have an area capable of admitting 2,000 people where public gatherings can be held at all times without any paperwork, provided the turnout does not exceed the venue capacity, Mayorov said.

But activists will have to apply online to secure the venue, the official added. In the past, pro-Kremlin groups have frequently denied the opposition sites for rallying by claiming dibs on them.

The venues will be intended “not for big [political] parties, but for the expression of people who have something to say, but don’t associate themselves with something big,” he said.

Though the Constitution upholds freedom of assembly, local officials have the right to deny activists preferred venues, citing schedule clashes or concerns for public order. Opposition activists have often struggled in recent years to hold events at preferred squares, accusing the authorities of intentionally hindering their rallies.

The idea of “Russian Hyde Parks” was first pitched in December by then-Prime Minister Vladimir Putin, the main target of mass opposition protests that started in Moscow at the time.

An online vote on the City Hall’s Web site named downtown Bolotnaya Square, which housed many anti-Putin rallies, as the preferred site for a Hyde Park.

Parks are “more appropriate” venues for free speech zones than squares, but the venue list may be expanded later, Mayorov said. The “Hyde Parks” are to begin accommodating protesters in 2013, he said.

The opposition asked for Bolotnaya Square to be designated a “Hyde Park,” but City Hall was apparently pressured into refusing by the federal authorities who frown at public protests, said leftist leader Dmitry Gudkov.

“No one will rally in a ghetto. Such a Hyde Park is not for the opposition,” said Gudkov, a co-organizer of the Moscow protests who was on the working group for “Hyde Parks,” but said he was not invited to its Thursday session.