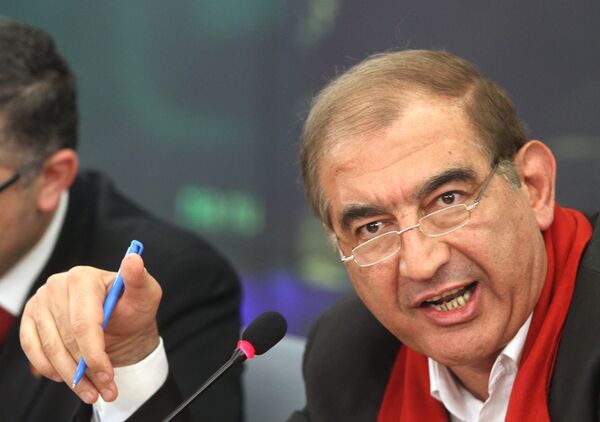 “As far as Obama’s statements are concerned, these are information and propaganda threats that are linked to the upcoming elections,” Jamil said at a news conference hosted by RIA Novosti.

“There are all sorts of games that are being played in connection with U.S. presidential elections.”

“After the Russian-Chinese veto [at the UN Security Council] the West is looking for an opportunity for military intervention in Syria, but we must say that such intervention is impossible,” Jamil said.

“Those who are contemplating that evidently want to see the crisis expand and spill over beyond Syria.”

He also said the issue of President Bashar al-Assad’s resignation could only be discussed after an all-Syria dialogue begins.

“Setting [Assad’s] resignation as a condition before dialogue means that there will be no dialogue,” Jamil said, adding that such an approach was an attempt to impose decisions on the Syrian people.

“I believe, first, the entire Syrian people should be asked [about that]. If this issue is being imposed on us from abroad it is a very dangerous precedent in international relations,” he said.

Since March 2011, the Syrian conflict has claimed up to 20,000 lives, according to estimates by various Syrian opposition groups. The West is pushing for President Bashar al-Assad’s ouster, while Russia and China are trying to prevent outside interference in Syria saying the Assad regime and the opposition are both to blame for the bloodshed.