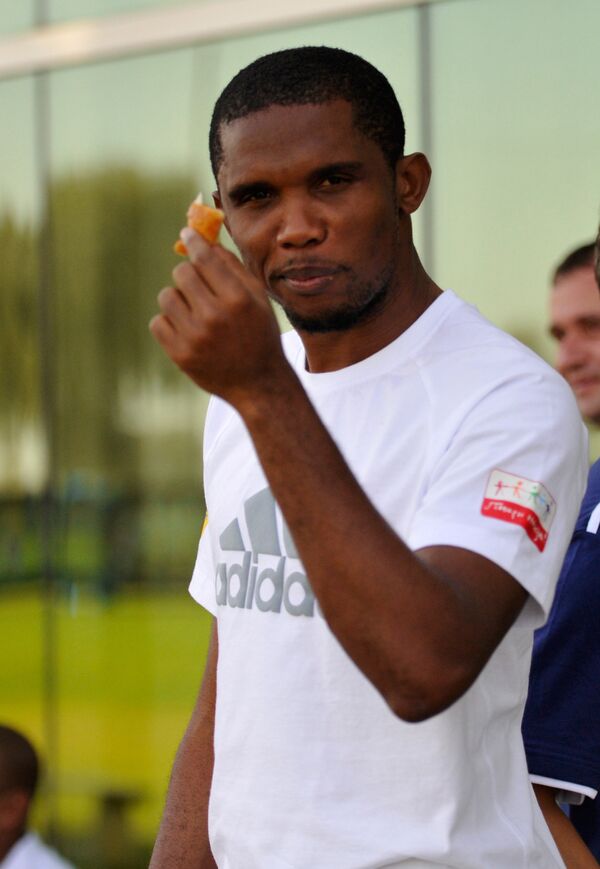 AZ Alkmaar striker Jozy Altidore is confident that his team will be able to cope with Anzhi’s Samuel Eto’o in their Europa League playoff first leg Thursday, he said Sunday.

AZ Alkmaar striker Jozy Altidore is confident that his team will be able to cope with Anzhi’s Samuel Eto’o in their Europa League playoff first leg Thursday, he said Sunday.

Altidore said he was looking forward to playing the big-spending Russian side, adding that he was confident teammates were able to contain Anzhi’s star striker Samuel Eto’o.

"Of course, they have Eto'o. But I have every confidence that Nick Viergever can put him off his stride. He is probably the best defender in the Eredivisie," Altidore said on the AZ website.

The match will be played in Moscow because Anzhi's home region of Dagestan was declared unfit to host European matches by UEFA due to security concerns.

In the last round of the competition, Anzhi knocked out Dutch opposition in the shape of Vitesse Arnhem, winning 4-0 on aggregate.

Altidore, 22, has had a good start to the season, scoring four goals in the first two games of the Dutch season, and said he felt in good shape.

"I feel better than a year ago. Meanwhile, I have developed and I know what is expected of a striker in our system. But there are still many things I can improve,” he said.

After spending three years with Villarreal, one of them in England on loan at Hull City, Altidore joined AZ in 2011 and has since scored 21 goals in 33 games.

He also scored 13 goals in 49 appearances for the United States.