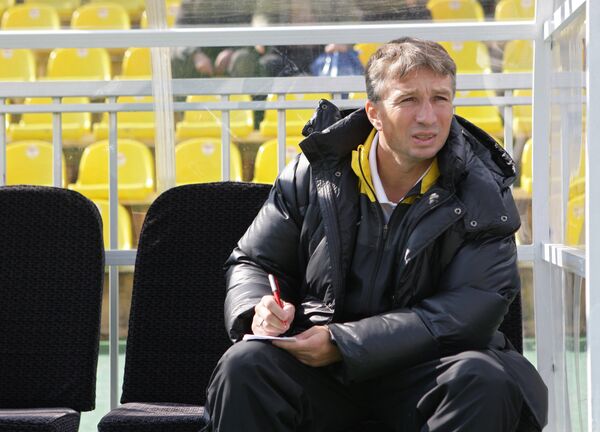 Ex-Chelsea player Petrescu was named the new coach Friday and will take charge for his first match against VfB Stuttgart in the Europa League on Wednesday.

Dynamo have lost all five of their league games this season, most recently a 2-1 home defeat to Terek Grozny on Sunday, with Petrescu watching from the stands.

“He understands football well, he’s got international working experience and a good attitude towards changing everything for the better,” Kuranyi said, adding that the team had already met Petrescu.

“We need to use our chances better, to play more disciplined in defense,” the ex-Germany striker said of Dynamo’s “very bad” start.

Kuranyi was sent off against Terek after collecting his second booking in stoppage time for an aerial challenge with Antonio Ferreira in which the defender went down clutching his face despite Kuranyi not making contact with his head.

The German said he was unsure what happened and called it a “complex situation”.