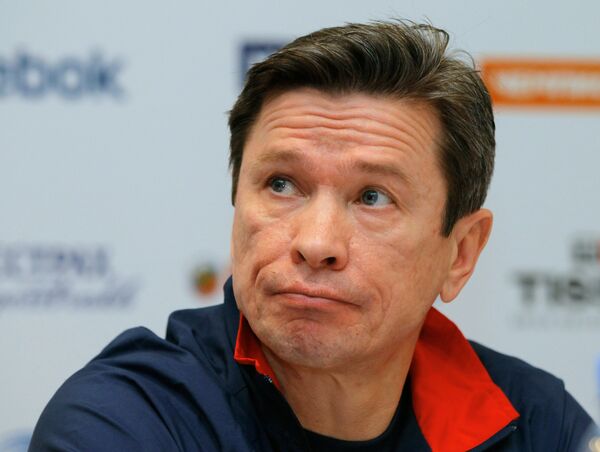 Legendary Soviet and Russian hockey center Vyacheslav Bykov is considering taking a job with the Polish national team, he told R-Sport on Sunday.

Legendary Soviet and Russian hockey center Vyacheslav Bykov is considering taking a job with the Polish national team, he told R-Sport on Sunday.

The Polish Ice Hockey Federation said Sunday that Bykov and Igor Zakharkin, who acted as Bykov’s assistant during five years as Russian national team coach, had been in Poland and that the federation had talked to Zakharkin about the vacant coaching job.

The Poles are interested in hiring Zakharkin as a coach and Bykov as a consulant, Bykov said.

“There is an offer for Igor to work with the national team as coach and for me just to be in the role of a consultant,” he said.

“I think I’ll come to a decision by the start of September because I don’t see the sense in hurrying.”

Bykov resigned as Russia coach after the team finished fourth at last year’s world championships and now works as a consultant and sits on the supervisory board of his former team CSKA Moscow.

Bykov, 52, won four world championships and two Olympic gold medals for the Soviet Union, the Unified Team and Russia in a 21-year professional career, and never played in the NHL.