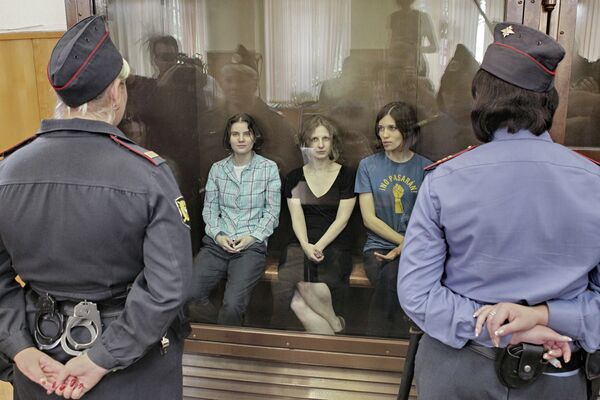 Judge Marina Syrova said Nadezhda Tolokonnikova, 22, Maria Alyokhina, 24, and Yekaterina Samutsevich, 30, were guilty and would not be acquitted.

The judge said the action was carefully planned by an organized group.

“The defendants were aware of the offensive nature of their actions,” she said. “They sought to publicize their act and provoke a public reaction;they wanted to insult not only church clergy but also the broad sections of society.”

“They have deeply hurt and insulted the faithful,” the judge said.