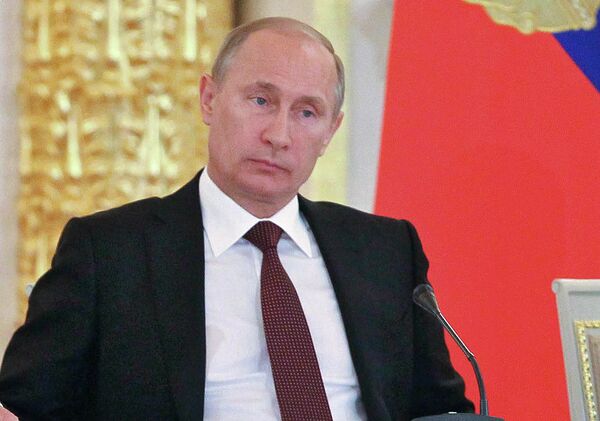 President Vladimir Putin's approval rating has fallen to a record post-election low, according to a survey published by the Russian independent pollster Levada center.

President Vladimir Putin's approval rating has fallen to a record post-election low, according to a survey published by the Russian independent pollster Levada center.

Less than half of Russians (48 percent) approve Vladimir Putin's performance as president, down 12 percent since the last survey in May, whilst 25 percent said they were unhappy with his work (up from 21 percent in May).

The results show a major fall in Putin’s approval rating since his first two terms as president, when it was on average was 65 percent, with just 15 percent reacting negatively to him. His popularity peaked at the end of 2008 when it reached 80 percent, with just 10 percent against.

His popularity hit an all-time low of 55 percent in winter 2005, when the government introduced a program to monetize social benefits.

The new survey's first two questions were about respondents' attitudes to Putin as president. Levada center found Russians have less faith in their president than in winter 2011-2012. Now, 57 percent trust the president (10 percent of them say "completely"), down from 63 percent in January. Another 30 percent said they do not trust the president.

The next one was whether the respondents trust Putin regardless of his position. Over half (56 percent) said they were tired of waiting for positive developments from Putin. More Russians also seem to have begun to doubt Putin has a significant impact on what is happening: now only 53 percent think he has strong influence, down from 66 percent in May, and 76 percent in April 2008.

The poll, conducted on August 10-13, involved 1,600 residents, with the margin of error not exceeding 3.4 percentage points.