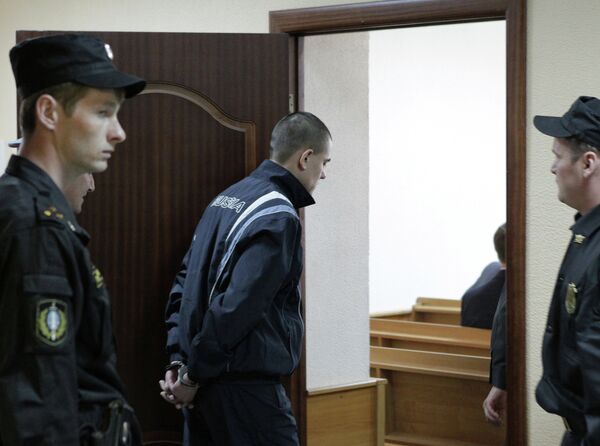 Former policemen Ilshat Garifullin, 25, and Ramil Nigmatzyanov, 37, stand accused of abuse of power and forgery, following the incident in early March in which 52-year-old Sergei Nazarov was tortured to death in a prison in Kazan, the capital of Russia's Republic of Tatarstan.

Nazarov was arrested on March 9 for “petty hooliganism” and brought to the city's Dalniy precinct, from which he was rushed to the hospital the following day for emergency surgery. Before dying on March 11, he reportedly told relatives he had been raped with a champagne bottle.

An investigation into the incident uncovered a string of other incidents of police abuse at the same precinct, after which the 81-member station was disbanded.