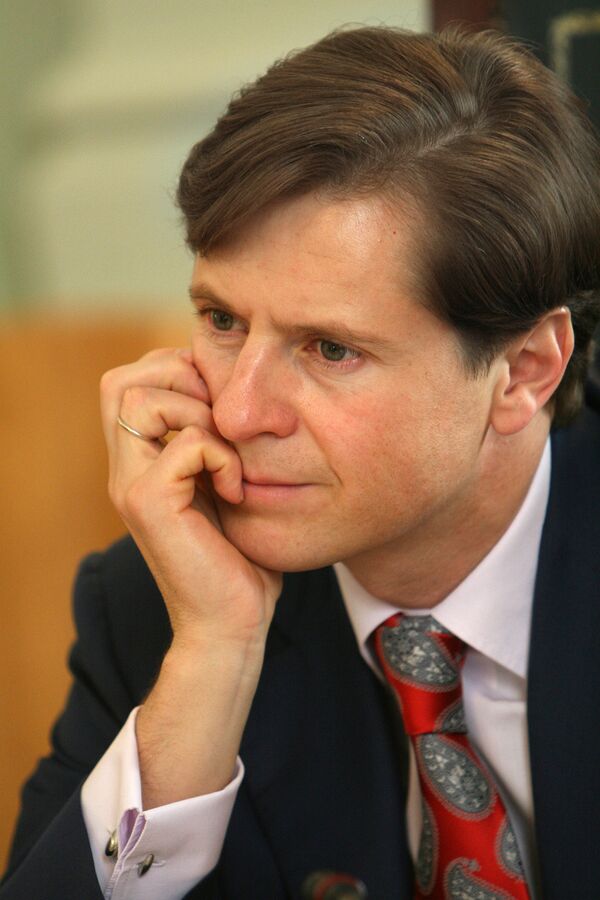 © Photo : Bank of Moscow
Subscribe
International
India
Africa
Interpol has issued a red notice for former Bank of Moscow chief Andrei Borodin and his deputy Dmitry Akulinin, according to the organization’s Web site.

Interpol has issued a red notice for former Bank of Moscow chief Andrei Borodin and his deputy Dmitry Akulinin, according to the organization’s Web site.

An Interpol "red notice" is equivalent in meaning to an international arrest warrant and any member state that knows the whereabouts of an individual on the list is required to arrest him.

A criminal case was launched against Borodin and Akulinin in late 2010 on charges of fraud involving state funds. They are accused of improperly loaning $443 million to shell companies which then transferred the cash to Elena Baturina, Moscow's ex-mayor Yury Luzhkov’s wife who previously owned the construction empire Inteco.

Borodin, who headed Bank of Moscow, the capital's investment vehicle under Luzhkov since its inception 16 years ago, fled Russia. It became known in November 2011 that he had fled to the United Kingdom.

Borodin’s lawyers said the red notice was a “routine procedure” and will “change nothing” for the former banker.

“They [Interpol] get a request from a member state and automatically put it on their Web site. This is predictable, this is routine and it will change nothing in Borodin’s status,” lawyer Vladimir Krasnov said.

Russian prosecutors submitted a request to Great Britain for Borodin’s extradition in March.

In early May, Britain refused political asylum to Borodin and Akulinin.

The Sunday Times reported on August 5 that Borodin paid 140 million pounds ($219 million) for an estate near Henley-on-Thames in Oxfordshire last summer, making the property Britain’s most expensive house.