Most Russians Against Church Meddling in Politics 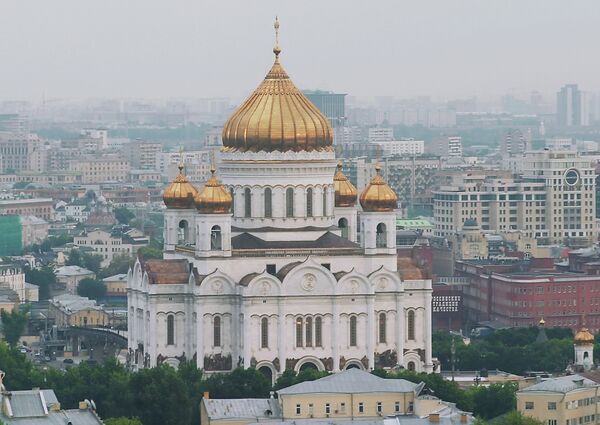 Three quarters of Russians believe that the church should stay out of political affairs, a poll published on Tuesday by the state-run pollster VTsIOM revealed.

Three quarters of Russians believe that the church should stay out of political affairs, a poll published on Tuesday by the state-run pollster VTsIOM revealed.

However, a relative majority of all respondents (43 percent) see the current relations between the state and the church as “balanced and harmonious.”

“The Russian Orthodox Church’s political influence grows and its relations with the state are harmonious. However, the majority of Russians recommend the church to take a more active part in spiritual and religious issues instead of interfering with state affairs,” the pollster said.

A total of 63 percent of respondents see the church as an influential institution in society’s moral and spiritual life. Half of Russians feel the Orthodox Church’s influence in Russia’s domestic policies, while 43 percent say it exerts certain influence over the country’s foreign policy as well.

One in five Russians believes that the Russian Orthodox Church has become too active in the country’s political life.

“Three quarters of Russians are convinced that the church should stay out of politics (75 percent). Forty-four percent believe that it can be allowed to influence the spiritual and moral life of society as a whole, while one third (31 percent) think that the church should limit its activities solely to religious matters,” the pollster said.

“Those who consider active participation of religious institutes admissible in all spheres of social life, including politics, constitute a minority of 16 to 17 percent,” the survey reads.

Those who believe that the church’s influence should be restricted to religious issues are mostly young people (37 percent) and have a higher education (33 percent).

The respondents who advocate the church’s right to be a player on the political arena are mostly middle-aged (20 percent), have no higher education and live in towns and villages (22 percent).