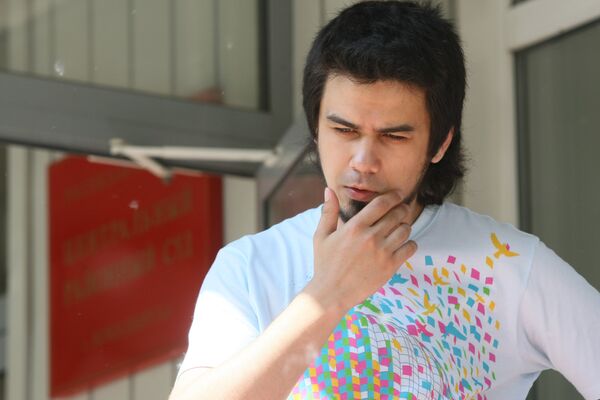 A local court upheld on the weekend a fine slapped on a Siberian artist for painting fake “icons” in support of the arrested punk band Pussy Riot, which he plastered over his native town of Novosibirsk.

A local court upheld on the weekend a fine slapped on a Siberian artist for painting fake “icons” in support of the arrested punk band Pussy Riot, which he plastered over his native town of Novosibirsk.

Artyom Loskutov, known for his tongue-in-cheek art performances, will pay 1,000 rubles ($32) for offending religious sentiments with his stunt.

In March Loskutov hijacked three street billboards, putting up his own posters of Virgin Mary based on a famous Orthodox Christian icon. Like members of Pussy Riot, the Mother of God wore a colored balaclava in the picture, and the “icon” came complete with a stylized inscription in support of the group.

Three members of Pussy Riot are currently on trial in Moscow over their February performance, when they burst into an Orthodox cathedral wearing masks to sing an anti-Kremlin song. Group members claim the show was a political protest against church hierarchs endorsing the presidential bid of Vladimir Putin, but were charged with hooliganism motivated by religious hatred.

Loskutov was convicted over the “icons” in June by a magistrate, but appealed the decision, now upheld by a district court.

The court was to rule on the matter on Monday, but rushed the verdict, passing it on Friday in Loskutov’s absence, the artist said.

Earlier, he denied having offensive motives and pledged to appeal the case in the European Court of Human Rights.

Loskutov also requested on Monday that the court give back one of the “icons” so he could auction it off for charity.

The authorities managed to seize only two of the fake billboards. The third was stolen by an unidentified collector who later put it up for sale on eBay.

Loskutov, 25, is primarily known for coming up with “Monstrations,” or annual rallies whose participants tout absurdist slogans like “Wear mustache” or “Thanks, Cap.” He was fined for possessing marijuana in 2010 but called the case fabricated by anti-extremist police, which disapproved of his ironic activism.