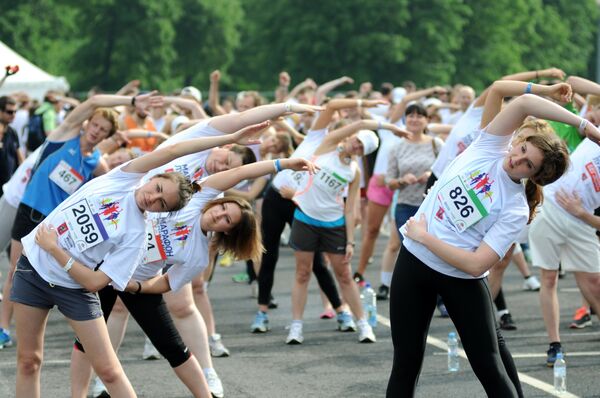 Russians are doing more to stay healthy, according to a survey by VTsIOM, a leading Russian pollster.

Russians are doing more to stay healthy, according to a survey by VTsIOM, a leading Russian pollster.

The number of diet-conscious Russians has increased over the last four years from 16 to 23 percent, and the number undergoing regular check-ups has increased over the same period from 12 to 16 percent. Thirty-three percent of respondents said taking care of themselves means “avoiding unhealthy habits” and consulting with a doctor in case of illness (32 percent).

Women are more inclined to take care of their own health. “Among the fairer sex, more avoid unhealthy habits (40 percent versus 25 percent among men), [and] eat right (27 percent vs. 18 percent, respectively),” the sociologists say.

Russians tend to blame themselves when in poor health (35 percent in 2012, versus 41 percent in 2008), as well as low standards of living (32 percent) and poor environments (30 percent). 25 percent say underqualified medical staff are responsible for the unsatisfactory state of people’s health, while 18 percent blame the government. 10 percent of respondents believe people are continuously sick, and thus blame feelings of unwellness on no one.

Young Russians are the most likely to blame themselves when feeling ill (44 percent). Pre-retirement- and retirement-age respondents blame low standards of living (about 37 percent) and the state (23 percent).