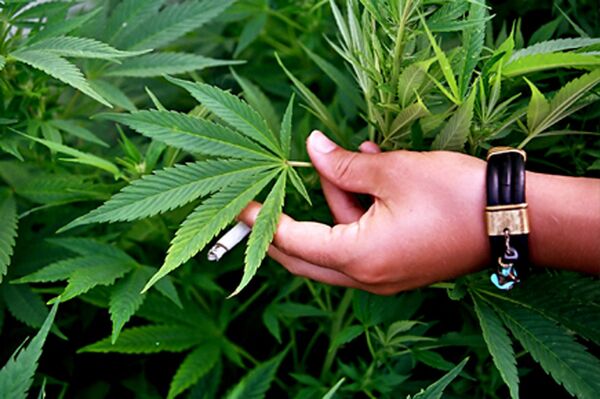 Uruguay's parliament is to debate full legalization of marijuana, with state control over its production and distribution, local paper El Pais reported on Thursday.

"The bill remains open to amendment," said Social Developent Minister Daniel Olesker. "It is designed to legalize this market. And after dividing up the legal and illegal drug markets, it will allow us to battle with illegal drug trafficking."

Last week, the government announced an initiative for the draft law, which will instruct the government to grow, produce, distribute and sell marijuana. Full details of the law have not yet been thrashed out, and will be debated in parliament.

Uruguay is one of few countries in the world that has never made drug possession a criminal offence, although cultivation of marijuana is an offense, according to the TransNational Institute campaign group. Since 1974, Uruguayan law has set no quantity limits for possession, leaving it to a judge’s discretion to determine whether drug possession was for personal use.