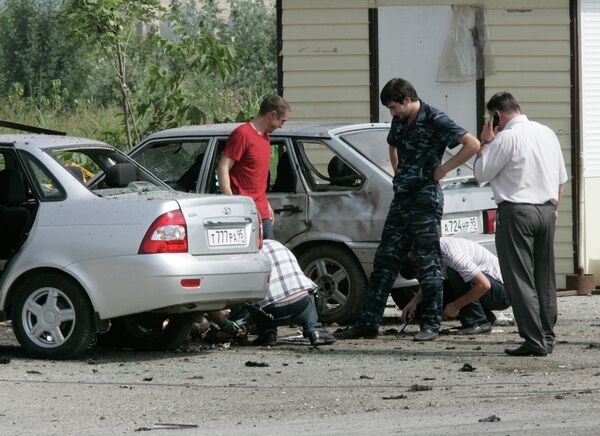 Four people were killed in an apparent suicide bombing in the Chechen capital of Grozny around 1 p.m. on August 6, according to Russia's Interior Ministry.

Four people were confirmed dead and three others injured in an apparent suicide blast on August 6 in the Chechen capital of Grozny, according to the Ministry of Internal Affairs press service.

"As a result of trauma from explosive fragments, two officers, one soldier...and a civilian died," said spokesman Vasily Panchenkov.

The explosion occured when Russian soldiers exited an armored military vehicle near a police checkpoint in the Oktyabrsky District of the city.

Earlier, it was reported that only three people were killed in what appeared to be a mine blast.

Investigators said they found fragments from a suicide belt on the scene.

Local authorities have waged an ongoing campaign in recent years against an Islamist insurgency that often targets local law enforcement and security officials in ambushes and suicide bombings. Since the official end of the federal anti-terrorism operation in Chechnya in April 2009, the insurgency has spread through other North Caucasus republics.