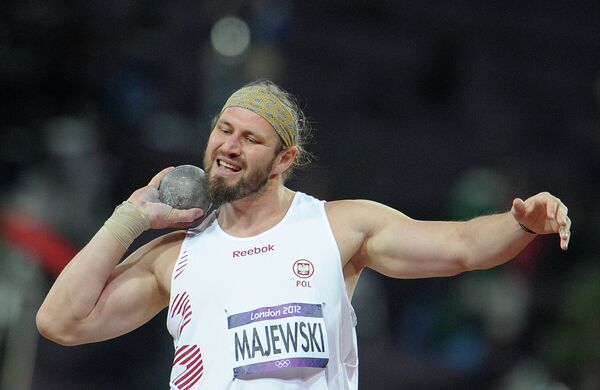 Majewski, 30, had led by an even narrower 1-centimeter margin over Germany's world champion David Storl, but extended it to three with his final throw.

"It was very close - millimeters," Majewski said. "It always very hard when you have great guys like these."

Storl, who threw 21.86 for silver, said the strength of the competition took him by surprise.

"I can't believe it. Last year I was well matched, but the competition this year was tough. I expected they would be good, but didn't realise just how good."

"I cannot tell you how hard it was to finally get a medal," said Hoffa, who took world championship gold in Moscow in 2006.

"To get a medal in London is awesome. This might be my last Olympic Games."

Majewski gold was Poland's second of the Games, and comes an hour after Adrian Zielinski's first place in weightlifting.

Majewski becomes the first man since to retain the shot put title since America's Parry O'Brien 56 years ago.