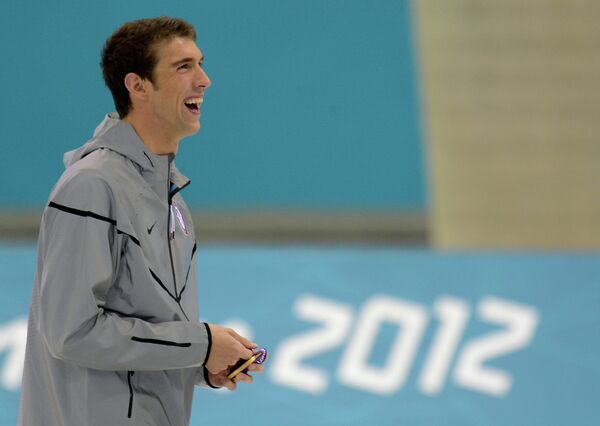 "It's a good way to finish my last individual swim ever," said Phelps.

"I don't even want to complain about going slower or having a bad turn, I'm just happy that the last one was a win," he said.

"That's all I really wanted, and this one was a bigger margin of victory than the last two combined, so we can smile and be happy."

Korotyshkin said this had been the most enjoyable final of his life.

Le Clos, who pipped Phelps to the 200m butterfly gold on Tuesday, registered the same time as Korotyshkin.

"That was a medal I had never expected. I am not disappointed at all," le Clos insisted.

Phelps has vowed to retire after the London Games, during which he has become history's most decorated Olympian, overtaking Soviet gymnast Larisa Latynina's record of 18 career medals.