Lebedev to Sell Out of Russia Over Pressure From Authority 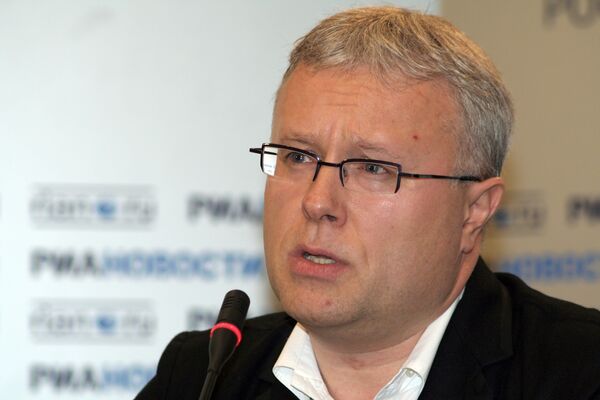 One of Russia’s most prominent businessmen, Alexander Lebedev, confirmed on Friday he intends to sell all his assets in Russia and retire, to fend off what he calls “relentless pressure from the authorities.”

One of Russia’s most prominent businessmen, Alexander Lebedev, confirmed on Friday he intends to sell all his assets in Russia and retire, to fend off what he calls “relentless pressure from the authorities.”

“I simply have no other choice, because over the past three years, my business was being purposefully and deliberately destroyed by Directorate K of the Federal Security Service (FSB), the Economic Security Service of Russia,” Lebedev wrote on his blog post on Friday.

“The harassment and pressure was applied not only to me and workers in our companies, but also to my family,” said Lebedev, whose net worth was put at $2.1 billion by Forbes Russia last year.

Lebedev, 52, whose business empire includes media holdings and a 15 percent stake in Russia’s largest airline, Aeroflot, said he does not see the hand of the Kremlin behind the attacks on him by the FSB, but would like the Kremlin to clarify its position on the issue.

The underlying reason for his "collision" with the authorities, he claimed, was an investigation by journalists at his Novaya Gazeta newspaper into cases of corruption and embezzlement of hundreds of billions of dollars by FSB members. “Alas, the security services were involved,” he wrote.

Lebedev insisted he would not flee the country, although he has exhausted both physical and moral resources fighting the authorities and could be arrested. He also said he might not have much time to sell his assets if the pressure on him continued.

Lebedev’s business interests in Russia range from agriculture and construction to banking and media. The former KGB officer, who also owns Britain's Independent and Evening Standard newspapers and with former Soviet leader Mikhail Gorbachev controls the opposition-slanted Novaya Gazeta newspaper, has been publicly critical of the authorities.

The media magnate has been openly supportive of opposition leaders, including anti-corruption blogger Alexei Navalny, who was elected to the Aeroflot board in June after he was nominated by Lebedev, who holds a his stake in the airline via his National Reserve Bank.

Lebedev also disclosed last month that his bank – Russia’s 93rd-biggest bank by assets, according to financial website allbanks.ru – would support a new debit card project, which will donate 1 percent of all purchases to Navalny's RosPil fund, which campaigns to expose corruption inside the Russian government.

Meanwhile, a Moscow Court on Friday postponed a hearing into complaints from National Reserve Bank that the Central Bank has been conducting excessively frequent audits of it, Russian Legal Information Agency (RAPSI) reported. The bank said the Central Bank audited its books in February and March, 2011 but, despite finding no significant violations, resumed its audits in January.