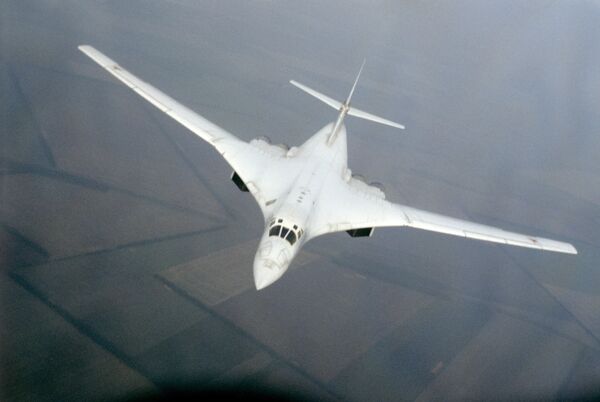 Russia's Tupolev design bureau is currently developing a new-generation strategic bomber aircraft, PAK DA, due to be in service around 2025. The new aircraft will replace the existing fleet of Tu-160, Tu-95MS and Tu-22M3 bombers.

The future development of Russia's long-range aviation in Russia has been the subject of some debate in recent months.

Russia's Deputy Prime Minister Dmitry Rogozin said in June he was in favor of development of the PAK DA bomber project for the air force, just hours after saying the project was unnecessary, in apparent contravention of  President Putin's call a week before for domestic aerospace industry to develop just such an aircraft.

Rogozin, who has special responsibility for the military-industrial complex, had previously insisted Russia had no need to develop a new long-range bomber to replace its existing fleet.

“These aircraft will not get anywhere. Not ours, not theirs,” Rogozin said in an interview with Izvestia in June.

"I'm ready to insist on my point of view," Rogozin said later in June on his Twitter blog. "With modern air defense systems, these targets will be destroyed on the way," he said.

In May, Rogozin called on Russia's defense industry to develop hypersonic air-breathing weapons as a future strike system. He cited American development work in the X-51, Falcon, HiFire and HyFly programs as examples of what he described as the perspective threat posed by U.S. hypersonic development work.

At present only Russia and the United States operate intercontinental range bombers. Most other nuclear-capable nations rely solely on intercontinental ballistic missiles based on submarines or in land-based silos, or cruise missiles.