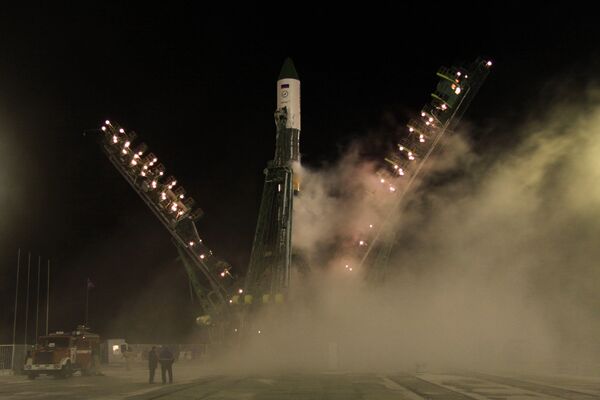 A Soyuz-U rocket carrying the Progress-M-16M cargo spacecraft lifted off from the Baikonur Space Center in Kazakhstan at 11:35 p.m. Moscow time (19:35 GMT), as scheduled.

For the first time Russia will attempt to dock the space freighter with the ISS in the first six hours after the launch rather than in two days, which is a routine procedure.

The docking is scheduled for 05:24 a.m. Moscow time (01:24 GMT) on the fourth revolution of the cargo spacecraft around Earth.

Progress-M-16M will deliver over 2.5 metric tons of supplies, including food, water and scientific equipment, to a six-man crew onboard the orbital station.

Its predecessor, the Progress M-15M, undocked from the ISS on Tuesday to conduct a three-week Radar-Progress experiment to define the physical characteristics of the ionosphere environment around the spacecraft caused by the operations of its liquid propellant engines.

After the mission, the Progress M-15M will be de-orbited and sunk in a designated area in the Pacific Ocean.