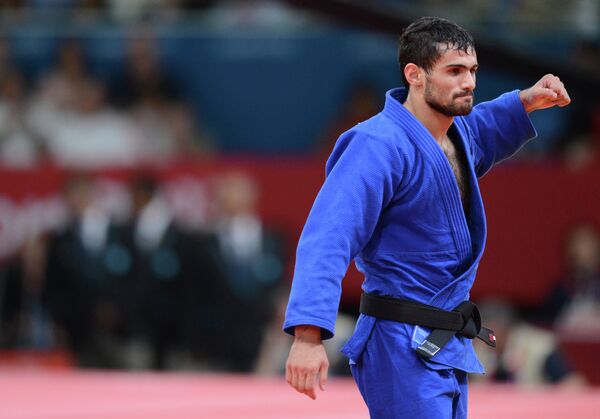 It took the Russian little more than 40 seconds to seal a win by ippon.

"I flew to London only for the gold and I've achieved my goal," Galstyan said.

"What's my next target? The next Olympics."

In the women's 48 kilogram catergory, the gold medal went to Sarah Menezes of Brazil after she defeated Romania's Alina Dumitru by waza-ari in the final.

"I'm exceedingly happy. I believe this medal will change my life. I hoped and prayed for this medal and I got it at 22," Menezes said.

"The medal is yet a realisation in the process. The penny had only half dropped."

Dumitru, 29, who won gold in Beijing four years ago, announced plans to retire.

"This is my last Olympic Games. I want to go and have a family," she said.