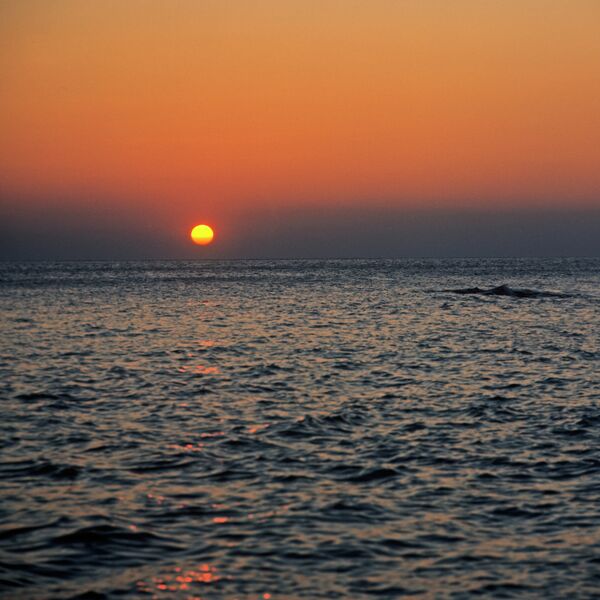 © RIA Novosti . Yuri Somov
/
Go to the mediabank
Subscribe
International
India
Africa
China has criticized Russia for attacking a Chinese-flagged fishing boat in an incident that has left one sailor missing and urged the release of 17 detained sailors, the Chinese Foreign Ministry said in a statement on Friday.

China has criticized Russia for attacking a Chinese-flagged fishing boat in an incident that has left one sailor missing and urged the release of 17 detained sailors, the Chinese Foreign Ministry said in a statement on Friday.

According to Russia’s Northeastern Federal Security Service (FSB) border patrol, a Chinese fishing boat with 18 people onboard was seized on Monday by the Russian Coast Guard for illegally fishing within Russia's maritime borders. The Coast Guard fired warning shots, followed by a targeted shot at the ship after it ignored the warnings. No one onboard the vessel was injured.

One person from the Chinese vessel is reported to be missing after having fallen overboard. The remaining 17 sailors have been detained and sent to Russia’s Far Eastern port of Nakhodka pending investigation, the FSB said.

Chinese Foreign Vice-Minister Cheng Guoping summoned on Thursday the Russian ambassador to Beijing and expressed strong criticism towards Moscow’s actions, urging the release of all the detained sailors, to carry out all efforts in the search for the missing sailor, and investigate the incident.

“China demands Russia thoroughly investigate the incident and inform China of the results in a timely manner… Russia should make sure that the detained sailors are safe, their legitimate rights are guaranteed and they are granted humanitarian treatment,” Cheng said in a statement.

Another Chinese fishing boat with 19 people onboard was detained by the Russian Coast Guard on Sunday, Chinese Consulate in Russia’s Far Eastern city of Vladivostok said on its website.

The FSB’s patrol service said that the Coast Guard acted within the rules since the captain of the ship had not reacted to calls to stop during a three-hour chase.

“The Coast Guard had to open a targeted shot in line with the Maritime Border law. The shooting was carried out alongside the ship,” the patrol service said.

The FSB said it had opened two criminal cases against the captains of both detained vessels on charges of illegal fishing. The maximum punishment for poaching is two years behind bars.