Russia to Back Pakistani Draft on Syria Monitor Mission 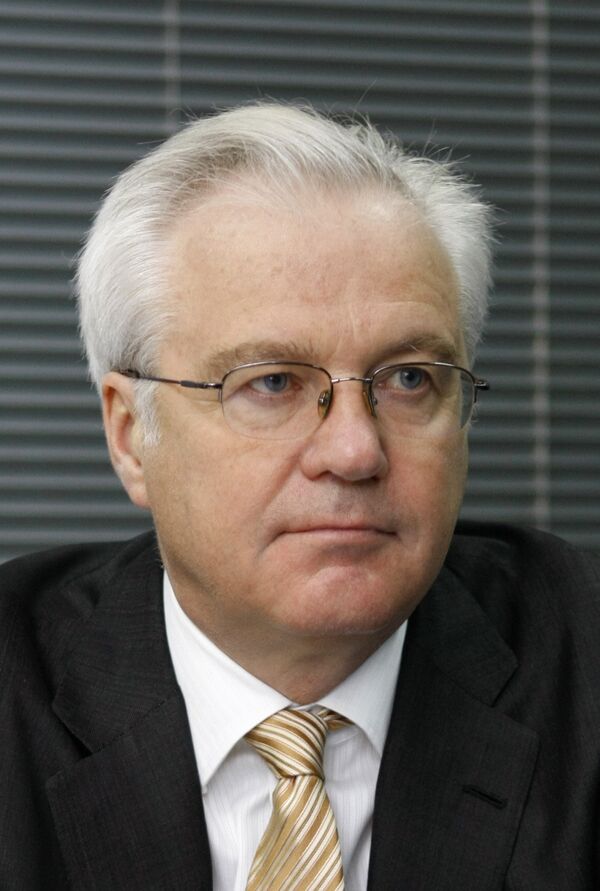 © RIA Novosti . Ruslan Krivobok
/
Go to the photo bank
Subscribe
Russia will support a draft resolution on a technical extension of the UN observer mission in Syria for 45 days

Russia will support a draft resolution on a technical extension of the UN observer mission in Syria for 45 days, Russia’s UN envoy Vitaly Churkin said.

The draft was submitted on Thursday by Pakistan after the UN Security Council came to a deadlock over ways to resolve the current political crisis in Syria.

“The Pakistani text [of the draft resolution] is definitely good and we will support it,” Churkin said.

Britain has also drafted a new resolution to extend the UN mission in Syria "for a final period of 30 days."

The UN Security Council is expected to vote on both drafts on Friday.

Russia on Thursday withdrew its draft resolution on Syria, which backed UN special envoy Kofi Annan’ six-point peace plan and, together with China, vetoed a Western-backed draft over fears that it could lead to foreign military intervention in the violence-wracked Middle East country.

Latest global media reports of spiraling violence in Syria say that the opposition forces have torched and looted the main police headquarters in the heart of old Damascus. The rebels have also captured a number of crossings on the country's borders with Turkey and Iraq.

According to UN data, based on reports by Syrian rights activists, some 16,000 people have died in Syria since the start of the revolt against President Bashar Al-Assad’s regime 17 months ago.