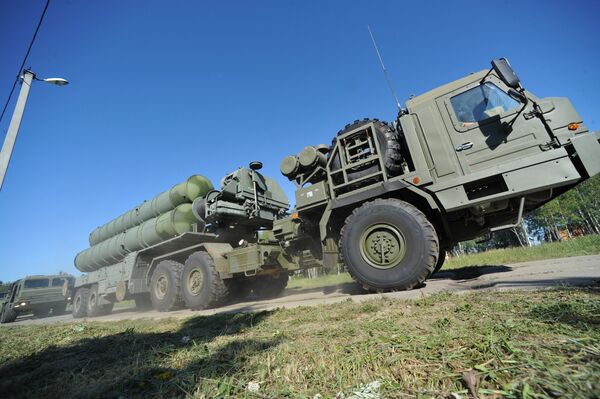 “We will discuss the relevant agreement with our Kazakh colleagues at a session of CIS Air Defense Coordinating Committee which opened in Cholpon-ata [on Wednesday],” Kurachenko said, adding he hoped the agreemen could be signed either by the end of 2012 or the beginning of 2013.

Russia has long been leading the efforts to build a joint air defense shield for the CIS, a loose association of former Soviet republics.

An integrated air defense network was set up by 10 CIS-member countries in 1995 and currently comprises some air defense units and elements from Armenia, Belarus, Kazakhstan, Kyrgyzstan, Russia and Tajikistan.

So far, Russia has an agreement on the joint protection of common airspace and the creation of a joint regional air defense network with Belarus, which was signed in 2009.

An agreement with Kazakhstan would be followed by similar pacts with Armenia, Kyrgyzstan and Tajikistan, Kurachenko said.

Russia's air defenses will be strengthened by the delivery of a fifth regiment of cutting-edge S-400 Triumf air defense systems by the end of 2012.

The S-400 Triumf medium- to long-range surface-to-air missile system can effectively engage any aerial target, including aircraft, unmanned aerial vehicles, and cruise and ballistic missiles at up to 400 kilometers and an altitude of up to 30 kilometers.

Russia currently has two S-400 regiments in the Moscow region, one in the Baltic exclave of Kaliningrad, and one in the Eastern Military District. By 2020, Russia is planning to have 28 S-400 regiments, each comprised of two battalions, mainly in maritime and border areas.