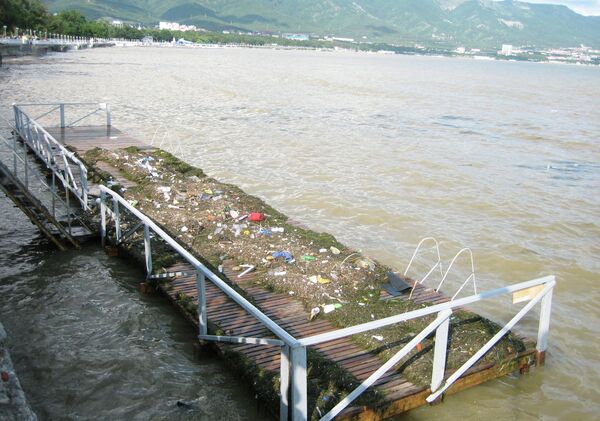 The death toll in Russia’s southern Krasnodar Region, hit by devastating floods, reached 150 people, a spokesman for the Interior Ministry said on Sunday.

Previous reports said 146 people were killed in Russia’s worst in decades floods that affected several cities and residential areas in the Krasnodar region, including Gelendzhik, Novorossiysk as well as Krymsk, a town with the population of 57,000 people, located some 87 kilometers (54 miles) from Krasnodar.

The Krymsk district was swept by the flood, which was caused by heavy rains, on Friday night when most of the people were asleep.

The governor of Krasnodar region, Alexander Tkachyov, has declared July 9 a day of mourning for victims of the flood.

In 2002, over 60 people were killed in floods that hit the Krasnodar region in January during the abnormally warm winter.