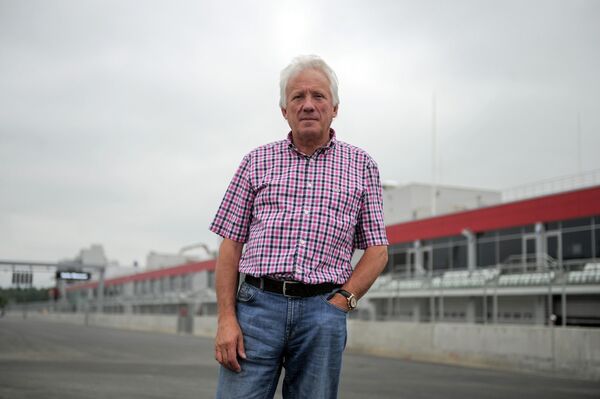 The Moscow Raceway is an “excellent” track suitable for holding Formula One races, F1 race director Charlie Whiting said on a visit to the circuit Tuesday.

The Moscow Raceway is an “excellent” track suitable for holding Formula One races, F1 race director Charlie Whiting said on a visit to the circuit Tuesday.

“It’s been built to the highest standards, the attention to detail is second to none and I think the circuit itself is Formula One standard,” he said.

It is “purely a business decision” that no F1 racing is scheduled for Moscow, Whiting said, citing F1 supremo Bernie Ecclestone’s agreement to hold the first Russian Grand Prix in the southern resort city of Sochi in 2014.

“Mr. Ecclestone has reached the agreement with the people in Sochi, one assumes, so that’s where we’ll be racing. But this circuit is suitable for Formula One cars to race on.”

The Moscow Raceway would need to be reclassified by motorsport’s international governing body, the FIA, to host F1 racing, because it is currently classed 1T, the second-highest rating.

Circuits ranked 1T, such as the Jerez and Circuit Ricardo Tormo tracks, in Spain, are considered suitable for F1 testing.

Organizers say that the Moscow Raceway will eventually have a capacity of 100,000, although large parts of the spectator facilities are still under construction.

An entry on Tilke's website says the track is designed to hold 40,000, with the main grandstand providing enough space for 5,000 fans.