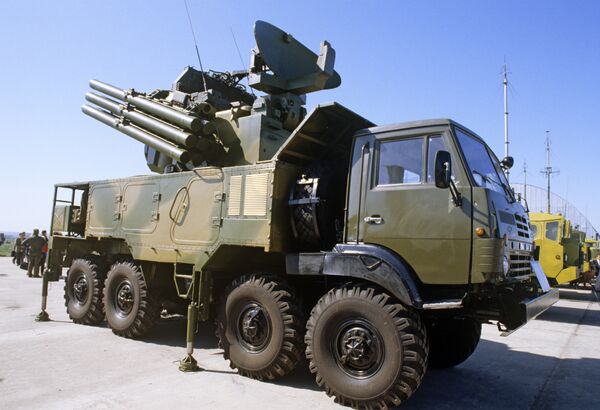 Russia exported over $6.5 billion worth of military equipment in the first half of 2012, President Vladimir Putin said on Monday.

Russia exported over $6.5 billion worth of military equipment in the first half of 2012, President Vladimir Putin said on Monday.

“Exports of Russian weaponry exceeded $6.5 billion, registering a 14% increase year-on-year,” Putin said at a meeting of the Committee on Military-Industrial Cooperation.

Putin said Russian annual arms exports doubled over six years from $6 billion in 2005 to over $13 billion in 2011.

The current export orders portfolio of the Russian defense industry is about $43 billion and it is steadily growing, he said.

“New export contracts, worth $5.7 billion, have been concluded since the beginning of this year,” the president said.

Russia, which is the world’s second largest arms exporter and supplies weaponry to 55 countries, is planning to sell $13.5 billion worth of weaponry in 2012.

Its main arms customers are India, Algeria, China, Venezuela, Malaysia and Syria. Vietnam also emerged as a key importer after it signed a deal to buy submarines, aircraft and other military hardware from Russia in 2010.