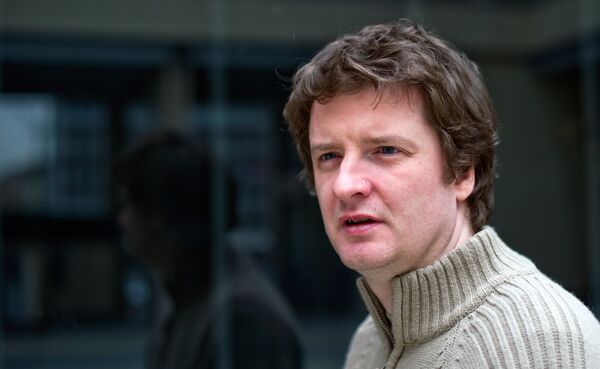 © RIA Novosti
Subscribe
I’ve been accused, including by the more inattentive readers of this column, of focusing exclusively on the negative in my writings on Russia.

I’ve been accused, including by the more inattentive readers of this column, of focusing exclusively on the negative in my writings on Russia. Of course, it’s far more interesting and possibly more revealing to describe the less salubrious aspects of life, but it would be wrong to believe that there is nothing I find positive about my time in the world’s largest country.

So read on for a random selection of experiences and things (I’ll spare you the more personal events) that make and have made it a joy to live here.

I’ve seen the corpses of two former heads of state in Russia, which was worth the ticket here alone. The first was, of course, Vladimir Lenin, who lies in his glass coffin on Red Square, alternatively gawked at and revered every week by tourists and die-hard communists. The second was Boris Yeltsin, who lay in state in downtown Moscow’s Christ the Savior Cathedral after his death in 2007. Both viewings were memorable, but Yeltsin’s more so due to its uniqueness. (He was buried, unlike Lenin, who can be visited almost every day, if you have the time and inclination.) I remember Russian state television showing tearful mourners waiting to pay their respects to Yeltsin. On the ground though, folk were not so much as sorrowful as they were simply curious. “Hmm,” said an old woman as we finally gained admittance to the cathedral and peered at Yeltsin’s corpse. “His nose didn’t look that big on TV.”

The round of applause with which Russians traditionally greet every successful landing of a passenger jet causes a wave of joy to pass though my ageing bones every time I see and hear it. At once cynical and sincere, the clapping is born of a realization of the dangers of flying on a Russian plane (especially domestically) and relief at having made it down from the clouds in one piece. But it’s also a nice tribute to the often overlooked skill of flying a chunk of metal through the sky – something that is fairly tricky, they say.

Like a certain British sandwich spread, this drink made of fermented rye bread is something you either love or loathe in the extreme. I love it. Brown, with – unsurprisingly – a “bready” smell about it, kvas is awesome when drunk on hot summer days and one of the things I miss most about Russia whenever I’m away. One of the great pleasures of kvas is wandering around Moscow, or any other Russian city, and looking for the yellow (they are usually yellow, for some reason) barrels full of the stuff. Each barrel, it seems, has its own taste. I’ve even tried making my own kvas, adding fruit to flavor it, but it’s a somewhat time-consuming process. It’s a lot easier to buy the stuff and leave it in the refrigerator to chill…

One of the best things about finding yourself in a foreign culture and taking the time to explore it is the amount of great stuff just waiting to be dug up. Like Russia’s rock scene, for example. Imagine arriving in England or the United States and knowing nothing of the musical heritage of those countries. What pleasures would await. The same is true in Russia. When I first arrived here and slowly delved into the Russian rock scene, I suddenly found that there was all this awesome music that I didn’t even know existed. Whole careers have come about, blossomed and then collapsed, and I had been none the wiser. That is, of course, until I began my investigations…

Deep in south Siberia, Altai is a gigantic area containing some of the wildest and dazzlingly bleakest scenery I’ve ever seen in my entire life. The region around Russia’s border with Mongolia contains the driest inhabited area in the entire country, a lunar-like landscape stretching as far as you can see. It’s also home to shamans, the little-known (even in Russia) Altai people and some incredible mountain passes. Unfortunately, it is also infested with blood-sucking ticks in the summer months, from which you can pick up some pretty nasty illnesses, if you are unlucky enough to be bitten.

Russia is big, as everyone knows. But it’s still bewildering the first time you fly eastwards for four hours or so, get off the plane and realize that you are still here. And that, in fact, you can fly on east for another four hours or so and still be in Russia…

So there you have it. Six things that have made me smile in Russia. There are more, of course, but this little selection is enough, I trust, to persuade any doubters that I’m not down on the place in the slightest. What with dead presidents, bread drinks and blood-sucking insects, I’d be crazy to think negatively about the country. Forward Russia!

*
From lurid tales of oligarch excess to scare stories about Moscow’s stranglehold on Europe’s energy supplies, the land that gave us Roman Abramovich and Vladimir Putin is very rarely out of the news. But there is much more to modern Russia than billionaire tycoons and political conspiracy. Marc Bennetts’ weekly column, Deeper Than Oil, goes beyond the headlines to explore the hidden sides of the world’s largest, and often strangest, country.

Marc Bennetts is a journalist who has written about Russian spies, Chechen football and Soviet psychics for a number of UK newspapers, including The Guardian and The Times. He is also the author of Football Dynamo: Modern Russia and the People’s Game (Virgin Books).

Deeper Than Oil: The Pages of Wealth

Deeper Than Oil: A Brief Guide to Russian and Soviet Serial Killers

Deeper Than Oil: Under The Gaze of a Kazakh Poet

Deeper Than Oil: Priests, the Lot of Them

Deeper Than Oil: The Sad Tale of Dmitry Butakov