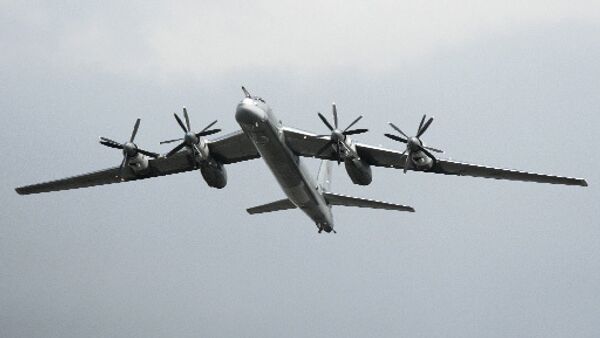 “I think the first models of the Prospective Air Complex for Long Range Aviation (PAK DA) will be supplied to the Air Force approximately by 2020,” Chernyayev said in an interview published on the Russian Defense Ministry website late last week.

The general look of the new strategic bomber has already been worked out, and engineers are currently finishing work on aircraft specific operational requirements, Chernyayev said.

“We have everything today to develop the plane on time and put it into operation together with [Tupolev] Tu-95MS Bear, Tu-160 Blackjack and Tu-22M3 Backfire [strategic bombers], which have proven their high reliability,” he added.

Russian President Vladimir Putin ordered development of the new long-range strategic bomber to be sped up in mid-June.

“I know how expensive and complex this is,” Putin said during a conference on defense orders. “The task is not easy from a scientific-technical standpoint, but we need to start work,” he said, adding that otherwise, Russia could miss the boat.

Chernyayev also said in his interview the Russian Air Force was planning to modernize its Tu-95MS, Tu-160 and Tu-22MS bombers, as well as Ilyushin Il-78 Midas air-to-air refueling tanker aircraft.